GERMAN FOOTBALL RETURNED OVER THE COURSE OF THE WEEKEND AND THERE WERE SOME CHAMPIONSHIP REPRESENTATIVES PLAYING IN THE BUNDESLIGA AND 2. BUNDESLIGA.

Penney was not Sheffield Wednesday’s only representative in German football’s return to action, with loaned out defender Joost Van Aken playing for 2.Bundesliga side VFL Osnabruck against Armenia Bielefeld.

Van Aken started for Osnabruck and was involved in the action early on, but not for the right reason. The Sheffield Wednesday loanee fouled Bielefeld striker Fabian Klos after 16 minutes and Klos picked himself up to convert the penalty, sending the ‘keeper the wrong way to put his side ahead. 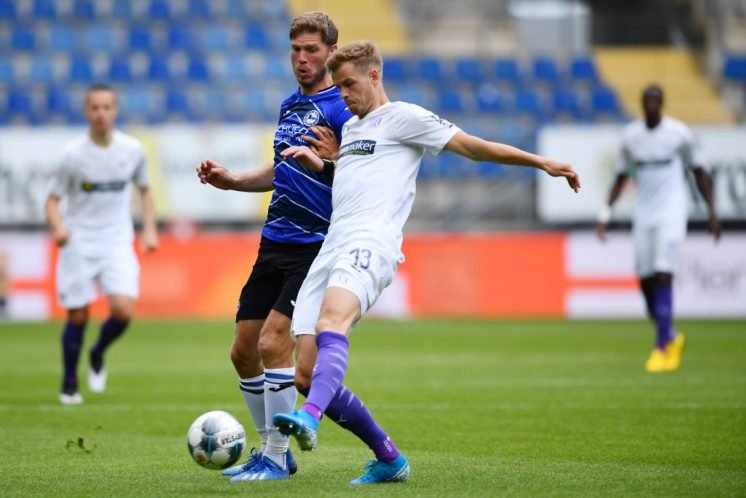 Bielefeld looked set to condemn Van Aken and Osnabruck to defeat on their return to action but a 93rd-minute equaliser from Marcos Alvarez rescued a late point for Osnabruck.

The late winner spared the blushes of van Aken, who has now played in 21 games across all competitions during his loan spell with the club. While his return to action may not have gone completely as he would have wished, van Aken’s side come away with an important point against a tough side.