League Two clubs vote to end the season – what does this mean?

With some leagues across Europe already declared over, and some given the green light to resume, it was the EFL’s turn to provide football fans with answers.

On Friday, League 1 and 2 clubs met to discuss the conclusion of the season. As reported by BBC Sport, League 2 clubs unanimously voted for the season to be ended, using a framework including unweighted points per game (PPG)  and the playoffs still being played.

If this is to be the case, Swindon Town would leapfrog current leaders Crewe to become champions, whilst Plymouth Argyle  would remain where they are in third place, the final automatic promotion place. Exeter City fans may feel hard done by, an unweighted PPG framework would see them drop to fifth.

Several clubs have already commented on the collective decision to end the season now. Cheltenham Town’s Ben Tozer questioned the EFL’s decision to still try and play the playoffs; “[Money] will be the sole reason for having the play-offs, I guess,” he said. “If you’re having play-offs, why not just finish the whole season?” Cheltenham were the form team in League 2 before the season came to an abrupt end. They had a great chance of getting in the automatic places. Exeter City’s Chairman commented it was hard to take, which you can agree with.

They still had to play their Devon rivals, Plymouth Argyle, who they had already beaten 4-0 earlier in the season. Like Cheltenham, they may have fancied their chances of sneaking into the automatic places. Plymouth Argyle were quick to remind fans that nothing was confirmed yet following lots of fans prematurely celebrating promotion on Twitter, “We understand that fans will, rightly, want to celebrate the achievements of Ryan Lowe and his first-team squad,” the statement continued. “We endeavour to be as transparent as possible throughout this process, and will update supporters as and when we have more information to share”.

It is certainly looking likely that Ryan Lowe’s men will return to League 1 after just one season in League 2. Swindon Town have not made any comment yet, although manager, Richie Wellens did tweet this, perhaps he knows more than us: 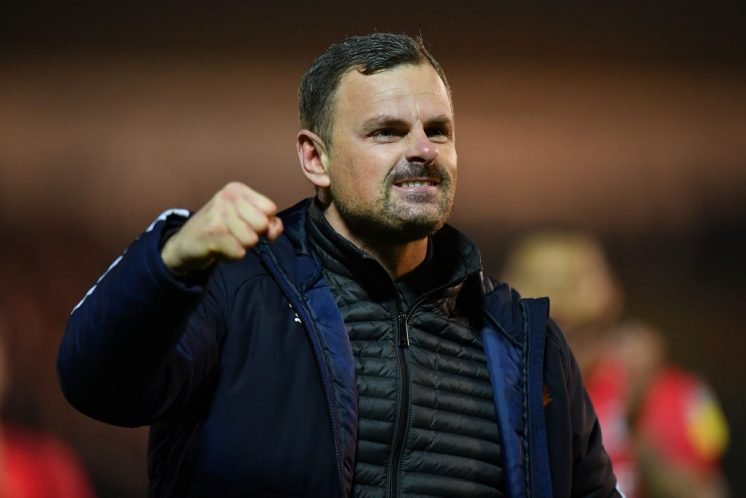 Many Port Vale fans were shocked their owner voted for the season to be ended. Vale sat just one-point outside the playoffs, another ‘in-team’ that was in good form and felt they could get into the playoffs. Port Vale chair, Carol Shanahan said it was the hardest decision she has had to make whilst she has been in charge.

Providing they happen, the playoffs are set to be an exciting watch; Exeter City, Cheltenham Town, Colchester United and Northampton Town all felt they had a chance of being promoted automatically, but only one can be promoted via the playoffs.

Who do you think will be the fourth team to be promoted?

QUIZ - Did these EFL clubs win either Third Division North or South?