SHEFFIELD UNITED WINGER NATHAN THOMAS WILL WEIGH UP HIS OPTIONS IN THE FOOTBALL LEAGUE THIS SUMMER, AS PER CARLISLE UNITED’S OFFICIAL CLUB WEBSITE.

He has spent this past season on loan with the Cumbrians and has impressed for them. He scored nine goals and gained eight assists in 41 games for the League Two side.

Thomas, who is 25 years old, is out of contract at Sheffield United this summer and is expected to move on from the Premier League side on a free transfer. 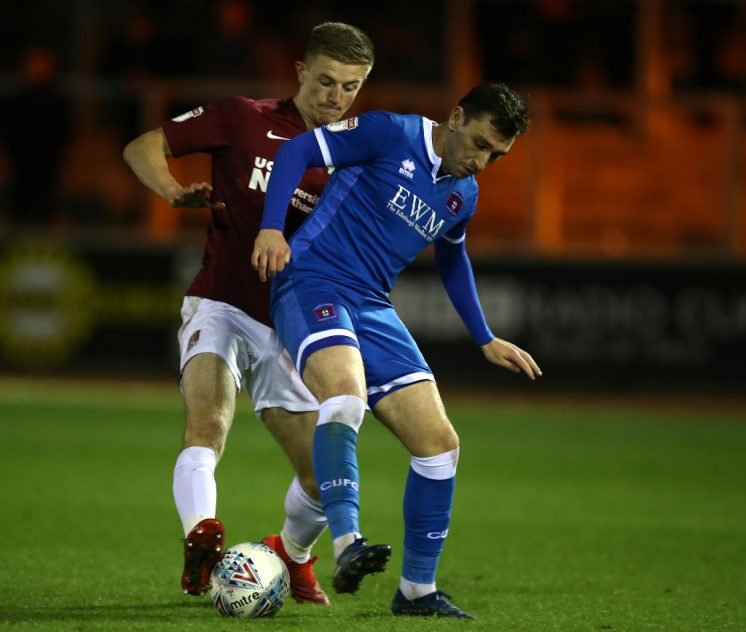 Carlisle were keen on keeping the wide man but their boss Chris Beech has said, as per their website: “I wanted to retain Nathan Thomas, but his contract at Sheffield United is up as of 30 June and, with the discussions we had with him, and with him being on a very good deal with them, we know that he’ll be looking to protect that as much as he can with his next move.

“We understand that and, once again, we thank him and wish him the very best.”

Thomas signed for Sheffield United in May 2017 from Hartlepool United on a three-year deal but has struggled for game time with Chris Wilder’s side.

He has been loaned out from Bramall Lane at Shrewsbury Town, Notts County and Carlisle since his move to South Yorkshire.

The former Sunderland, Plymouth Argyle, Motherwell and Mansfield Town man will not be short of options over the coming months as he seeks a new employer and will be on the radar of clubs in Leagues One and Two.