Domestic football in England is still held by the pause button that was pressed as part of the measures needed to combat the spread of the coronavirus. Plans are underway to get it restarted, mid-June looking the likeliest for these. However, in Germany, it is about to start up again and former Wigan and Oxford loanee Jonjoe Kenny is right in the middle of this.

The Everton youngster is starting today for Schalke against powerhouse side Borussia Dortmund. He is down to start as a right-sided midfielder, a move forward from his accustomed right-back role at Everton.

It was this role that he fulfilled during loans at Oxford United (Jan 2016-May 2016) and Wigan Athletic (July 2015-Sept 2015). Across 2015-16 he had a busy season managing a Premier League start for Everton against Norwich as well as loans out at League One Wigan and League Two Oxford. 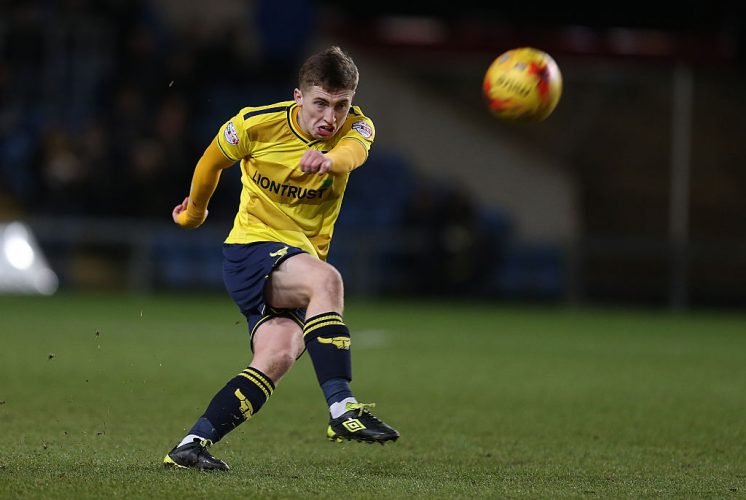 Whilst out at Wigan, Kenny featured seven times for the Latics, neither scoring nor assisting for the DW Stadium-based Lancastrians. For the Kassam Stadium outfit, Kenny featured 20 times, adding one assist in the 2-2 draw at home against Mansfield Town.

With the game now underway, the Everton youngster will be looking to add to his impressive start to his loan at Schalke. He has featured 23 times for the Bundesliga side, scoring once against Hertha Berlin in a 3-0 win and adding assists against SC Paderborn, FSV Mainz and TSG Hoffenheim.

As mentioned, his time in Germany is only a loan deal for the youngster and that is due to run out at the end of this season – whenever that is to be. As it stands, he is the first English footballer to be back playing football.