Sky Bet League One is one of the most fervently followed, third-tier competitions in football. The league itself is always highly competitive and that is no different this season. Whilst leaders Coventry might have a five-point gap to 2nd place Rotherham, just three points are separating the Millers and Wycombe Wanderers in 8th.

Sides in this division strive towards promotion to the Sky Bet Championship and the kudos and cachet that playing in English football’s second-tier brings. this can be seen in the level of play that is often exhibited between teams scrapping for the top six and a chance to play at a higher level.

Some of the goals scored are spectacular, some of the link-up play breathtaking. Here are the top five scoring combinations (scorer plus assists) in this season’s Sky Bet League One competition.

Matty Taylor and James Henry (Oxford United – seven goals)
Striker Taylor has 26 League One game under his belt for Oxford this season, 26 games where he’s scored 13 goals and provided two assists. Winger Henry has played 30 times for the Us this season, scoring an impressive 12 goals and adding nine assists – seven of these for favoured target Taylor.

Ivan Toney and Marcus Maddison (Peterborough – five goals)
Posh striker Toney is the latest in a line of attacking talent from the London Road club and he has 24 goals and six assists in his 32 games this season for Peterborough. Maddison is out on loan to Championship side Hull City for the rest of this campaign and is thought to be manoeuvering towards being a free agent this summer. Still, he has featured 22 times for Peterborough this season, scoring nine times and providing six assists – five of these for Toney.

Lucas Akins and Scott Fraser (Burton Albion – four goals)
Grenadan winger Akins has featured in all 35 Burton Albion games this campaign and has scored eight goals and provided four assists. Scottish attacking midfielder Fraser has 30 games under his belt and these have returned five goals and 11 assists – four of those for favoured target Akins.

Ian Henderson and Callum Camps (Rochdale – four goals)
Striker Henderson has 14 goals and two assists from his 31 games for Rochdale so far this season. 24-year-old Camps, whose current deal is up in June, has turned out 28 times for The Dale, scoring six goals and providing seven assists – four of these for main target Henderson.

Five Wigan Athletic players who are out of contract in June

Five Sunderland players who are out of contract in June 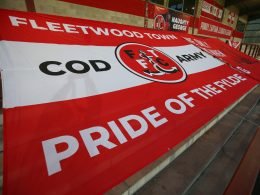 Fleetwood Town are interested in signing Huddersfield Town forward Danny Grant on a season-long loan, according to The… 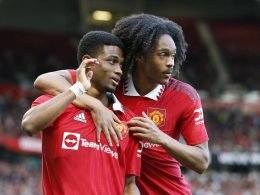 Sunderland and Blackpool target Amad Diallo is now wanted by French side OGC Nice, a report from Football…
Total
0
Share
0
0
0
0