According to The Grimsby Telegraph, Ian Holloway is flexing the spine of his contact book, as Grimsby look set to sign James Tilley from Brighton.

Tilley, 21, Spent the first half of the season on loan at Yeovil, where he made 19 league starts and two cup appearances without scoring.

Reports in Brighton, where he made is debut back in 2014/15 as a sub in the championship, suggest the deal is complete, however, Grimsby are yet to confirm.

Tilley will be the third new face at Blundell Park this window, with Holloway keen to bolster his squad as quickly as the paperwork will let him, Anthony Driscoll-Glennon joining on loan earlier in the month (from Burnley) along with Journeyman forward Billy Clarke also signing for The Mariners (from Plymouth).

The regulars at Blundell Park have every right to be excited with the constant transfer news, with their new leader Holloway quite the wheeler-dealer in his high-profile career. Not one to shy away from publicity, the Former Sky-pundit and Multi-club manager will be sure to contact many of his old friends in the game to build on his first few weeks of Grimbsy life.

Grimsby’s own talent, however, is also catching the eye, With Goalkeeper James McKeown (30) known to be well thought of, along with Jake Hessenthaler (25) son of Icon Andy, looking more than capable in his midfield role. Not to mention the highly-rated Jordan Cook.

With Ethan Robson (Sunderland) and Liam Gibson (Newcastle) both returning to their parent clubs this month, it is fair to say that Holloway may be on the phone a lot more before the window shuts in two weeks time. 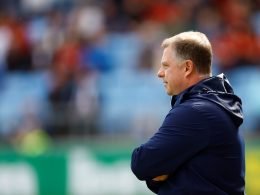 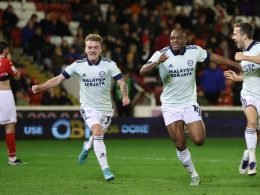