Birmingham City have confirmed on their official club website that free agent forward Jeremie Bela has completed a move to the club, putting pen to paper on a three-year deal, with the option of a further year included.

Jeremie Bela has had his move to Championship side Birmingham City confirmed after it was leaked by Saint-Ettiene’s former Bristol City forward Lois Diony after Diony posted a picture of Bela posing with a Birmingham City shirt on his Instagram (as cited by Nottinghamshire Live). A copy of the image can be seen below: 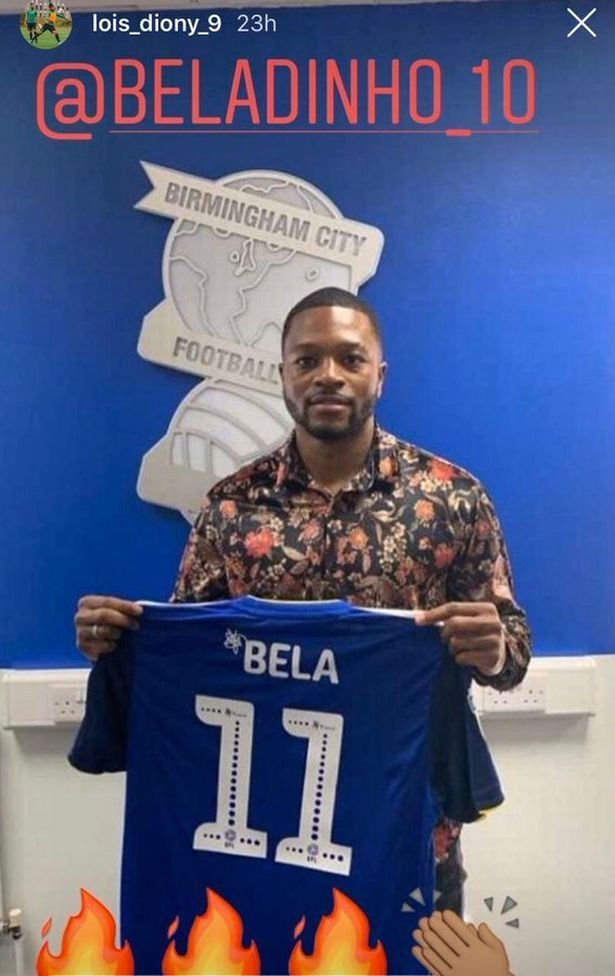 Bela was available on a free transfer after departing Spanish side Albacete and the club have wasted no time in snapping him up to bolster Pep Clotet’s attacking options.

Bela was said to be on the radar of fellow Championship side Nottingham Forest in the summer transfer window, with it being claimed that they scouted the Frenchman over the course of last season but it is the Blues who will be bringing him in.

Bela started out his career in his native France, playing for the likes of RC Lens and Dijon before making the move to Spain with Albacete. With RC Lens Bela played 23 times, scoring two goals and providing one assist in the process and with Dijon, he made 81 appearances, netting 12 and laying on three assists.

Before departing Albacete, the 26-year-old featured 71 times, scoring 19 and setting up two goals. Now,  it will be interesting to see how he fares in England upon the completion of his transfer.