Millwall have confirmed their sixth signing of the summer.

Jon Dadi Bodvarsson is a Millwall player after The Lions and Reading came to agreement for the Icelandic International. It was reported on Sunday by The Sun that a fee of £750,000 had been agreed. The 27 year old discussed personal terms with Millwall this week and the deal has now been completed.

Neil Harris confirmed after last Saturday’s 4-0 win at Concord Rangers that he wanted two players through the door before the team departed for Portugal for a week long training camp. He has got his wish after the club also confirmed the arrival of Connor Mahoney earlier this week on a permanent deal.

The former Reading man joins Alex Pearce, Frank Fielding, Matt Smith and Conner Mahoney into the club along with Tyler Burey who has been added to the U23 squad.

Bodvarsson leaves Reading after two years with the club following his arrival from Wolves in the summer of 2017. In his debut season at Reading he netted 10 times, last season he scored seven goals in 20 league appearances.

He has played over 40 times for Iceland including being part of the side that had the historic run to the quarter-finals at Euro 2016. Bodvarsson played in the side that beat England 2-1 and sent them out of the competition.

Reading have been placed under soft transfer embargo this summer, that means that they can only bring players in if players leave making it simply a one in, one out process.

The striker will join the Millwall squad when they fly to Portugal today.

Five things we learned from Leeds United's win over Guiseley 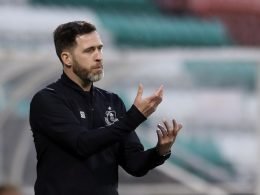 Millwall’s pursuit of Aidomo Emakhu looks to have been dealt a hefty blow, with Shamrock Rovers boss Stephen…

Norwich City host Millwall on Friday evening, kickstarting another weekend of Championship drama. The Canaries are back in…
Total
0
Share
0
0
0
0