Why Plymouth must start to control games

Plymouth Argyle did themselves proud in Sunday’s 0-0 draw at Anfield. They defended superbly and with a commanding performance, Sonny Bradley reminded us why he is arguably the best centre-back in League Two.

However, that contest represented an exaggerated version of Plymouth’s games this season. They have relied at times on last ditch defending and good goalkeeping from Luke McCormick, who will be an asset in their promotion challenge.

It would be unfair to say that Argyle always come under the same amount pressure as the Reds applied, but there is an extent to which they prefer being on the back foot. In the seven games in which they have had less of the possession, they have won six, the one exception being defeat at Carlisle in August. Defending well and being compact is among their main strengths. However, one might question whether more quality is needed, particularly in wide areas, to unlock the more disciplined sides.

In 17 games in which they have had more of the ball, they have picked up 30 points, similar form to Portsmouth and Wycombe, who are outside the top three. The second half introduction of Craig Tanner had been key to late December wins over Accrington and Crawley, who had arguably created the better chances.

Prior to the Crawley game, the last time they won dominating the ball was against Colchester in October, when they managed two shots on target, before that a 3-1 win over 10-man Newport. It is arguable that the previous thoroughly convincing, dominant performance was the 4-1 win over Yeovil at the end of September.

Remembering the top three from last season, we saw a Northampton side that had goals all over the pitch, Oxford played some free-flowing football while Bristol Rovers had 27-goal man Matty Taylor. Aside from Graham Carey, there are not many attacking players in that Argyle side who excite fans to quite the same extent.

Between now and the end of the season, almost every team that plays them will be content with a draw. If the Greens want promotion, they must prove that they can outplay their opponents when needed to reduce their reliance on strong defending in their own penalty area. Their squad needs improving this month and revenue from the FA Cup tie with Liverpool could come in handy. 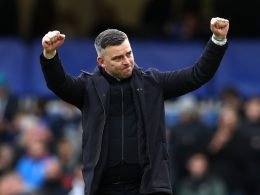 ‘A tough side to beat’ – Charlton Athletic v Plymouth Argyle prediction: The72