A Sammie Szmodics second-half masterclass stunned non-league Chelmsford and led the U’s to an important victory.

Macauley Bonne opened the scoring for the visitors in the 19th minute with a shot from close range, a lead the U’s held going into the second half.

Luke Daley levelled for the home side with a powerful volley, scoring his fourth goal in pre-season for the Clarets.

Sammie Szmodics restored the U’s lead with an excellent finish before putting the visitors two goals ahead with another fine finish.

Szmodics settled the result after beating the offside trap and skipping past the Clarets ‘keeper. He then completed his second-half hat-trick with four minutes of normal time remaining with a fine finish from range that clipped the underside of the crossbar on its way in.

John McGreal’s entire first team squad made the short trip to Chelmsford, whilst the Clarets named two separate teams; with a number of trialists appearing in the second half.

The U’s dominated the opening spells of this encounter forcing Clarets ‘keeper Joe Welch into a number of fine saves.

However, Welch was unable to save the opening goal. Bonne received a pass on the edge of the six-yard box and turned swiftly before firing a shot into the roof of the net on 19 minutes.

The Clarets looked to react almost straight away as Adam Bailey-Dennis’ header was turned over for a corner, only for James Bransgrove to be fouled in the subsequent set-piece.

Minutes later Billy Bricknell had a shot on goal denied by the legs of Bransgrove. Some excellent build-up play allowed the Clarets to breach the heart of the U’s defence before the ball was sent across goal to Bricknell. A shot either side of the keeper would have levelled terms but his effort was saved by the young shot-stopper.

The U’s continued to show their Football League quality and deservedly held onto the lead going into the half-time interval.

The Clarets managed to finally break down the visitors, scoring after 54 minutes. Daley sent a ferocious volley from a left-wing corner flying into the goal with Bransgrove left stranded.

The home side continued to have occasional chances on goal but it was the U’s who remained dominated and they regained their lead on 68 minutes. Substitute Szmodics twisted his way around Mark Haines before drilling an effort into the bottom right corner, out of reach of the City ‘keeper.

Szmodics doubled his tally for the afternoon when, after a delicate through ball sent him through, he used his blistering turn of speed to beat Colan Balkwell and tap home from close range.

Szmodics rounded off his hat-trick with a superb volleyed finish from range with four minutes remaining. The danger failed to be cleared and the excellent forward sent a wonderful volley off the underside of the crossbar and into the goal.

The Clarets fought well in the first half to keep the scoreline low, but a second half masterclass from Sammie Szmodics split all chances of the Clarets continuing their unbeaten pre-season.

Next up for Colchester United is the visit of Premier League side Crystal Palace to the Weston Homes Community Stadium on Wednesday.

Man of the Match: Sammie Szmodics 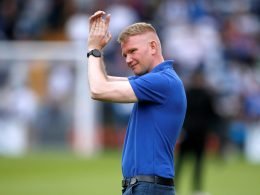 Colchester United and Barrow are among the sides interested in Woking’s departing midfielder Max Kretzschmar, it has been…
Read More
1 minute read 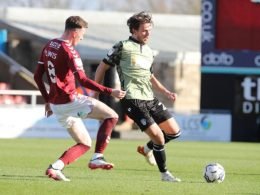 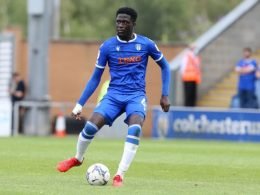 Sheffield Wednesday are interested in Colchester United’s Brendan Wiredu, according to a report by the Sheffield Star. Sheffield…
Total
0
Share
0
0
0
0