It’s been an up and down season for Preston North End this season.

For some time it looked highly likely that they would secure second spot in the league and gain automatic promotion to the Championship. But, after draws to Gillingham and Port Vale and a loss to Colchester on the last day of the season, they saw themselves slip into third place.

Instead of celebrating promotion, they had to prepare themselves for the play-offs – something that Preston and its fans aren’t usually too happy with considering their record in the competition.

So far they have seen off Chesterfield and will now face Swindon in the Play-Off final at Wembley. Ahead of the big match, I’ll be taking a look at five players who Preston could do with holding onto during the summer period. 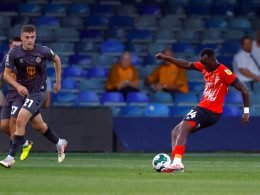