The Stoke Sentinel is reporting the midlands club are prepared to move again for Norwich star Nathan Redmond with an improved bid after being turned down by the East-Anglian outfit earlier in July.

Southampton are among other Premier League interest in the winger and it is not hard to see why the England U’21 international is so highly sought after a fantastic season with the Canaries since joining from Birmingham City last summer.

Mark Hughes apparently has not been deterred by his earlier bid being rejected and is clearly prepared to swoop back for the midfielder. 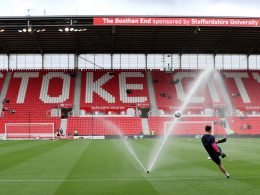