A goal from James Roberts was enough to separate the two sides in a highly contested match at the Draycott Engineering Loop Meadow stadium. It started off at a very high intensity in sweltering heat with the Oxford United youngsters stealing the show. Callum O’Dowda was very lively playing in the false number 9 role creating chances for Josh Ashby and Tyrone Marsh – both of whom failed to score. Also United youngster Max Crocombe pulled off a fabulous save to deny Didcot striker Ryan Brookes before the break. United’s winner came on the 50th minute from James Roberts with a cool finish under pressure. Shortly after, 10 changes were made by United and 5 by the Railwaymen but the game remained 1-0 after the fresh legs failed to make an impact. 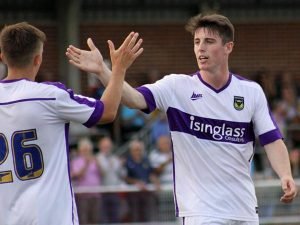 Chelsea have been credited with interest in striker Zach Robinson, whose contract with AFC Wimbledon has come to…