Preston North End are set to welcome Premier League giants Liverpool to Deepdale for the second consecutive season to kick off the Lillywhites’ home pre-season campaign.

This fixture will be both teams second game’s during there pre-seasons with PNE beating Chorley earlier on in the week & Liverpool’s shock defeat to Brondby.

Goals from Philippe Coutinho, Jordan Ibe, Raheem Sterling & Iago Aspas sealed the Reds victory last term in a season were they went on achieve their highest league finish in 5 years.

Preston fans look forward to the Lillywhites first home game this season, PNE may have a string of home debut players players they can show off this afternoon & will look to try and build on their 1st win of the season. 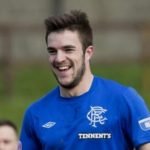 New signing Andy Little signed for Scottish sleeping giants  Rangers during the transfer window, during his time at Rangers he decided to stay with the club when the club went through financial trouble and boasts a record of 33 goals in 65 starts during his time at the club.

With a goal in his first game in a white shirt, Little will look to again try to put pressure on Liverpool’s back four to try add to his goal tally. 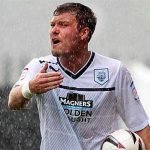 Scott Laird joined the Whites back in 2012 when he was signed by former manager Graham Westley, Laird will be looking at building on his fitness and match sharpness after suffering a broken leg back in 2012.

Laird seems to have started well this season managing to grab a goal in the previous game, The 26-year-old has stiff competition against last seasons regular starter David Buchannan however he has certainly given Grayson something to think about.

Scott will look to give the PNE a strong left hand side by defending well & driving forward to support the winger when ever possible.

Away Team: Liverpool Fc will look to put their first pre-season game aside after losing their 1st game of the new season.

With many first team regulars looking at coming back into the line-up the Liverpool may look a lot stronger this time around, Brendan Rodgers guided the Reds to 2nd losing out to Manchester City by  2 points. Rodgers has managed to imprint his tactics of fast free flowing football into the club and will look to build on his work from last season. 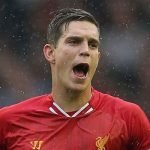 Vice-captain Daniel Agger had an emotional return to Brondby this week which was met with a rapturous reception.

Agger will have been buoyed by Rodgers’ public praise in the aftermath of Wednesday’s friendly, and will be looking to reclaim his first-team place from Mamadou Sakho during pre-season.

Commanding the defensive line Agger will try to nullify any danger that come from the Preston forwards. 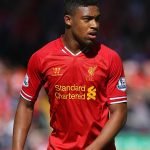 Having firmly set his sights on a first-team place at Anfield this season, Ibe will no doubt be working on his finishing in training and looking to impress Rodgers.

In the same mould as Sterling, Ibe is the latest Liverpool youth winger to try and break into the first team using his pace he will be looking to tie the PNE fullbacks in knots after getting on the score sheet in last years fixture. 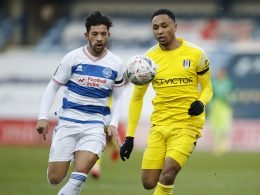 QPR have been hitting transfer headlines over the past few days, as Michael Beale gears up for a…