According to the Daily Star the Cottagers have turned their sights now on Sheffield United starlet Harry Maguire, The 21-year-old has been attracting a lot of attention after having cementing his first team place in United’s defence for the last 3 years & winning multiple awards. Blades Boss Nigel Clough will be hoping they can tie there star man down to a new contract however it is believe the current offer from Fulham is in the region of £3m. 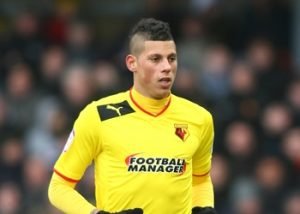 Local Paper The Huddersfield Daily has reported that Town are strongly linked with the 23-year-old defender. Briggs was released by relegated Fulham at the end of last season however with experience in the Premier league & Europa league the versatile defender looks set to make his way up north to challenge for a starting position. 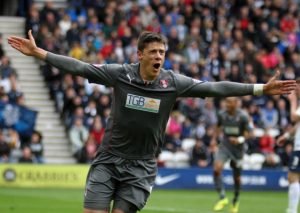 Revell on way out of Millers?

According to Sky Sports it is believed that a number of League One clubs have been put on alert as Promotion hero Revell has yet to sign a new deal with the club. Sky stated that Sheffield United, Bristol City & Coventry are all keep on the target man. With no new deal yet this only leaves 12 months left on his current contract. Rotherham boss Steve Evans has hit back at reports stated that no-one is leaving the club, yet with The Millers stepping up a league will the 31-year-old still be there main man up front next season?.

YorkshireLive reporter Nathan Hemmingham says he ‘would expect’ Sheffield United to be looking at Tom Lawrence this summer.…

Watford and the agent of Cagliari midfielder Nahitan Nandez have been in contact today, reports from Italy have…

Watford have been linked with a move for Barcelona striker Rey Manaj, though La Liga side Getafe are…
Total
0
Share
0
0
0
0