Derby and Bolton in for Jutkiewicz

Middlesbrough are set to face a battle to keep hold of Lukas Jutkiewicz, according to the Bolton News, as Derby and Bolton look to step up their attempts to lure the 25-year-old target man away from the Riverside. Aitor Karanka is looking to raise funds to strengthen the Boro squad and appears to have succeeded in his attempts to stimulate a bidding war for Jutkiewicz. It is rumoured that Derby have had a bid of £1million turned down and that Bolton are lining up a £1.25million bid. Wigan and Wolves are also said to be monitoring the situation concerning Jutkiewicz but Blackburn are not expected to follow up their interest following the signing of Chris Brown from Doncaster. If Bolton do lure Jutkiewicz from Middlesbrough it is likely that Marvin Sordell will leave Wanderers to join Premier League new boys Burnley.

Derby County coach Paul Simpson has told Sky Sports that the Rams are looking to bring in a right-back during the transfer window. Andre Wisdom has returned to Liverpool following a successful loan spell at Pride Park whilst Kieron Freeman is set to join Sheffield United meaning that Derby will have to bring in a right-back to strengthen their defence. Although the club have not released any names it is more than likely that Derby will be bringing someone in before long.

The Express & Star are reporting that Gary Rowett are interested in bringing Wolves winger Zeli Ismail back to Burton next season. The winger impressed last season whilst on loan at Burton and it is likely that his first-team chances at Wolves will be stifled because of the quality of wingers that Kenny Jackett’s side has. Ismail scored three goals in 17 appearances last season for Burton and it is thought that the Brewers have enquired about Ismail’s availability. 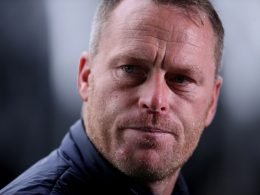