The Posh will be looking to solidify a play-off place and a victory will do so for them. With the posh currently on 70 points and 7th place Swindon hot on their heels with 66 points, a win is vital. Britt Assombalonga will be looking to add to his tally of 23 so far to move to the leagues top scorer and there would be no better circumstances than to add to it against Shrewsbury.

On the flip side of the coin, Shrewsbury need a win to stay up and either Colchester, Tranmere or Crewe to lose. With 41 points to their name and safety requiring 47 currently, they will need to achieve maximum points in the next two matches of theirs. After a 5-2 loss to Preston on Monday, The Shrews need to get a win and will face touch opposition in The Posh to do so.

With Carlisle currently lying in the relegation zone, a victory is key for The Cumbrians. A win could potentially lift them out of the relegation zone dependent on other results but could also send Oldham closer to the drop zone providing all the teams below the Latics win.

Oldham will be hoping to win after a 0-0 draw against Coventry on Monday to solidify and confirm their League 1 status for the next campaign. Providing they win, it will confirm and ensure League 1 status for next season and failure to win against Carlisle will not be too catastrophic as they will have another two games to play after this weekend.

Other Predictions, All 3pm Saturday kick off unless stated. 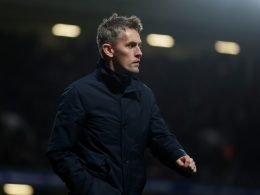 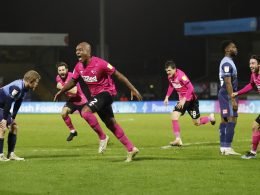