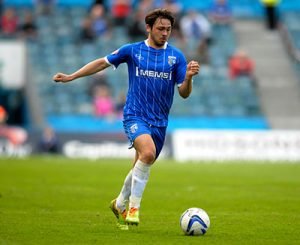 In a weekend that had a lot of long-range strikes, it’s a volley from 21-year-old Gillingham midfielder Bradley Dack that takes the prize this time around. It was a wonderful effort, latching on to a flick on to drill the ball past both Tranmere Rovers goalkeeper Owain Fon Williams and a defender who tried to save it from going in.

That goal helped the Gills earn a 2-0 victory that lifts them seven points clear of the drop zone with just three games to play. Peter Taylor has turned the club around when they looked like real relegation candidates earlier in the season, one more result will ensure their League One status for another year.

Southampton youngster Will Ferry has agreed a permanent move to League One side Cheltenham Town, Gloucestershire Live has…
Total
0
Share
0
0
0
0