The FA Cup returns this weekend and with a few football league clubs having claimed a spot, we can preview the weekends action.

We start with Sheffield United. The lowest ranked side in this competition have defied the odds and have knocked out two Premier League sides already. They face Nottingham Forest at Bramall Lane.

The Blades face Championship side Nottingham Forest at Bramall Lane after wins over Premier League Fulham and Aston Villa. United go into this game on the back of a recent win over Shrewsbury, however their league form recently has not been brilliant. 2 wins in their last 8 shows frailties in a side which has been so inspiring in knocking out Villa and Fulham at Villa Park and Craven Cottage.

United will face a Nottingham Forest side who have had an interesting run of late. Unbeaten since the 29th of November where they lost 3-2 at home to Reading. They have picked up an impressive four wins out of the last 5 due to a scintillating run of confidence and form. The Previous round in the cup was not a simple one for Forest though. They played League One Preston who took them to a replay after a goalless first tie. They also dominated West Ham United 5-0 in the third round of the cup.

The game is likely to be a fast paced, exciting tie and potentially one of the more impressive ties of the round. Although the recent league form has been negative for the Blades, their stubborn tactics and expert resistance and resilience from all pressure withstood from the previous ties, may benefit them in this encounter.

Our next point of interest is the Falmer Stadium. This is where we take a look at the game between Brighton and Hull City.

Brighton have been impressive this season and as of late have undergone a tricky spell with results being highly unpredictable. This has seen two wins, losses and a draw from their last five matches have made for a very unpredictable side. They have previously beaten Reading and Port Vale in the cup to work their way into this round of the cup. Hull will make for a stern test in the cup as Brighton’s first Premier League opposition. Striker Leanardo Ulloa will be a key man for Oscar Garcia’s side. Kazenga Lua-Lua may prove to be instrumental in the success of Brighton in this tie.

Hull have enjoyed a fantastic Premier League season and will go into this cup tie brimming with confidence. Two previous rounds and Two goals in both of them to see off Middlesbrough and Southend respectively. They have enjoyed brilliant Premier League form, despite suffering recently with one win in their last seven games. After a potential drop in confidence due to recent results, Brighton may have an ideal oppurtunity to take advantage of Hull.

Taking the trip to Wales, we can preview another interesting clash between Cardiff City and the current holders; Wigan Athletic.

Cardiff City have struggled this season since losing Malky Mackay and have looked real relegation contenders. One win in the last ten games does not look brilliant for the Welsh Club at all and their opponents Wigan Athletic will look to take advantage. Craig Bellamy serves a three match ban resulting in a spell of the pitch for him subsequently missing this game. Striker Jones is likely to start up front against Wigan and hopefully continue his good from since joining.

Wigan Athletic have endured a steady season under the recent leadership of Uwe Rosler, His leadership and impressive managerial qualities may potentially mastermind another good cup run for the current holders. They are without current revelation Nicky Maynard as he is ineligible to play against his current club. This may see other inclusions in the squad but a hungry side may look to impress in the cup they currently hold.

Our final preview is in South Yorkshire where a Championship tie between Sheffield Wednesday and Charlton takes place at Hillsborough.

Sheffield Wednesday have expierienced a rejuvenation and energized run of form of late. A big factor for such confidence is mainly due to Stuart Gray. Gray, the man who took over after Dave Jones’ departure has seen his side take a somewhat crazy turn of form. This has seen them earn a 6-0 win against Leeds, a 1-0 win over other Yorkshire rivals Barnsley and a recent victory over Reading. A key for Wednesday will most certainly be maintaining the confidence they have earned recently.

Charlton have knocked out Huddersfield in the previous round and this all Championship affair may be a testing encounter. Their dismal form as of late has seen them slip into the relegation zone. Four straight defeats and a poor league position may mean that fans turn their minds from the cup to focus on the league. This will be an interesting encounter regardless. An interesting fact is Charlton’s two League cup games are the exact same teams as their first two FA Cup games. 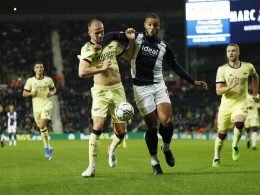 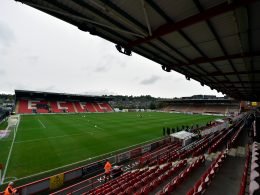 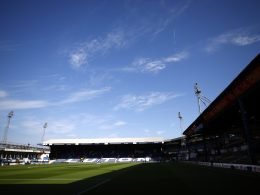 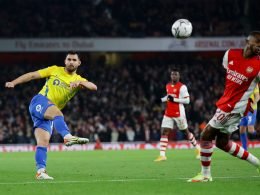