Following a turbulent 24 hours at Elland Road, Leeds’ dramatic 5-1 derby win at home to Huddersfield stole all the headlines.

The problems at Leeds United have been well documented and widely reported, and it looked like their week would get even worse when Danny Ward gave Huddersfield the lead midway through the first half. The Elland Road crowd, furious at the off the pitch turmoil, responded with chants backing Brian McDermott, and Leeds responded just before half-time, with captain Ross McCormack’s goal. Jimmy Kebe scored 5 minutes after the restart, to give Leeds United the lead, before McCormack struck on 62 minutes to give the home side a 3-1 lead. The Leeds captain completed his hat-trick 10 minutes later, before Alex Mowatt scored his first senior goal to complete the rout. Victory for Leeds sees them sit 11th in the Championship table, whilst opponents Huddersfield Town are 13th.

The other West Yorkshire side in action last weekend, Bradford City, couldn’t snap out of their bad run of form, losing 2-0 at high-flying Wolves. Bradford had to play without the attacking threat of James Hanson, who was nursing a hamstring injury, and the defensive rock of Andrew Davies, who is still recovering from a knee injury. Nathan Doyle’s red card after half an hour left Bradford playing 60 minutes of the game with 10 men, and Wolves’ domination of the game led to their first goal on the stroke of half-time, scored by Kevin McDonald. Despite Stephen Darby and Adam Reach hitting the woodwork for the Bantams, they could not find a way past the Wolves defence, and Nouha Dicko’s goal on 57 minutes put the game beyond doubt. Defeat for City means they’ve only one once in the last 19 games, and sit 13th in League One. 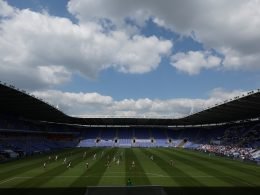 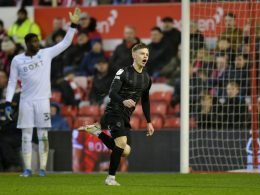 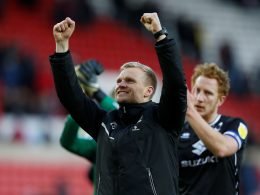