A must-win game for both sides showed the real difference between the bottom and the top of the division as Chesterfield’s movement and clinical finishing led them to a 3-1 win at the Proact Stadium. Before the game started you might have said this was a home-banker and those backing the home side were left happy as Rovers away form showed after just 4 minutes when Sam Morsy placed an Eoin Doyle cross past Mildenhall into the back of the net.

After the opener the game was fairly open and Lee Brown struck an excellent curling shot past Tommy Lee into the top corner to level the scoreline. Chesterfield appeared to move up a gear after the equaliser when Gary Roberts collected the ball on the left hand side before driving into the box and laying it back to Ollie Banks to put the league leaders 2-1 up on the stroke of half time.

The players came back out after half time and a hesitant Tom Parkes allowed Gary Roberts to capitalise on his mistake before laying in Eoin Doyle to kill the game for the Spireites. After the 3rd goal the home side very much kept hold of the ball and neither side really created much. Late substitute Jay O’Shea had the best of the chances when his deflected shot beat the Rovers keeper but was denied by the cross bar. In all a fair result that showed why these teams are in the positions they are. 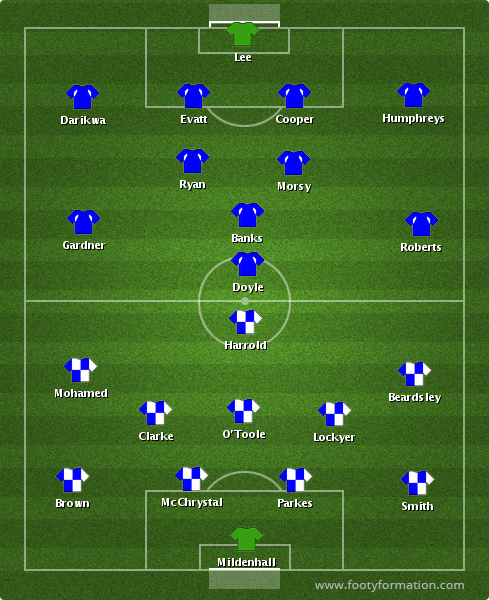 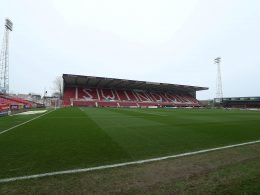 Bolton Wanderers midfielder Ronan Darcy has been on trial with League Two side Swindon Town, a report from…