Gaffer Watch: Ince is gone & Wilder takes a trip up the A43

Since the first edition of Gaffer Watch the Football League has not disappointed in providing plenty of talking points regarding managers up and down the country with three departures, two appointments and plenty of speculation.

The Guv’nor has left the building. The success at the start of the season for Ince and his Blackpool team inevitably upped expectations for the season and after an awful winless run stretching back to November, 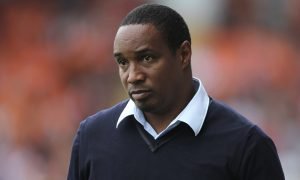 time came for Blackpool to make a change. In his eleven months in charge at the Tangerines, Ince spent plenty of time in the papers and not for the right reasons. The biggest headline grabber coming when he was dealt a five game stadium ban for “violently shoving” and threatening to “knock out” an official. Following this ban Blackpool were not the same team and numerous player suspensions led to them sliding into the bottom half. Shockingly, Ince received the news by text message that he had been relieved of his duties. Barry Ferguson has taken caretaker charge for the time being as the board consider a replacement. Ferguson is the bookies favourite, although short odds are available on Owen Coyle and Paul Hartley after resigning from his post at Alloa.

One of the more bizarre series of events took place over the weekend in League Two. Speculation was building on Friday before the U’s rejected an approach from Northampton to speak to Wilder. On Satuday, at the surprise

of the football world, news came out from chairman Ian Lenagan that Wilder had quit his post at Oxford. In the hours following Wilder released a statement denying this claim and ensured he was still the Oxford manager and everyone believed that was the end of it. But no. On Sunday evening, Oxford released the news that they had accepted Wilder’s resignation and expected him to take up the Northampton post in the morning. This ended his almost six year stay in charge at Oxford which saw the club win promotion to League 2 and stabilise the club in the Football League. The move seems even more surprising as Oxford find themselves in the play off places whilst Northampton are rooted to the foot of the table. Mickey Lewis has taken over the reins at Oxford and could take the job on full time.

A sad day in the English game came when Turner resigned from his post at Shrewsbury ending his 35-year career in football management. He led the Shrews back into the third tier in 2012, but it has been a difficult second season in League 1 and they find themselves in real

danger of dropping back into League 2. Turner began his career in management at Shrewsbury after playing 355 games for the club, so it was a fitting place to end his managerial career, which included spells at Aston Villa, Wolves and 15 years at Hereford. Michael Jackson has taken charge of Shrewsbury and is more than capable of doing the job on a permanent basis. However, the board have yet to make a decision on who will take over. The experienced Sean O’Driscoll is the favourite to get the job and this will not fill fans with confidence as he was at the helm of bottom placed Bristol City earlier in the season. Other bookies favourites include Robbie Fowler and Gary Megson who is out of work since being sacked at Sheffield Wednesday. 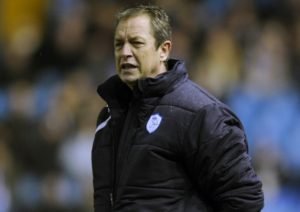 After weeks of rumours and outcry from fans, the news came out on Saturday evening that Gray had penned a two-and-a-half year deal as head coach at Hillsbrough. Since taking caretaker charge on 1st December following the sacking of Gary Megson, Gray has put together a great recovery; Wednesday are out of the bottom three and three points clear of the relegation zone. The former Southampton and Northampton boss will be looking to ensure safety come May and his side are currently on a seven game unbeaten run in the league. Meanwhile, they have reached the 5th round of the FA Cup and will fancy their chances against fellow Championship side Charlton at Hillsbrough. The only sour note at the club is the news that Connor Wickham has been recalled by parent club Sunderland and he has been the one of the keys to their recent upsurge.