The Football League’s Best Players of the Season So Far

Picking the best players in one League after one match is a hard enough task, so picking the best players from the Championship, League 1 and League 2 across nearly four months is exceptionally difficult. Naturally, there are players who are worthy of being on the list who have missed out, and it is largely dominated by more attacking players and players who are playing for teams who are higher in their respective leagues, but very few people, if any, will argue that those who have made the cut don’t deserve to have. The players are ordered by what position their teams are currently, in their respective leagues.

One of football’s ‘Mr Marmite’ characters, Barton has enjoyed a wonderful start to the season with QPR and has helped himself to two goals; the best being a terrific free-kick against Reading, in the two side’s 1-1 draw. He is currently thriving playing in a winning Championship team and his influence is invaluable in continuing QPR’s promotion bid.

The former Bournemouth man is certainly having a season to remember and has scored 12 league goals (and another four in the Capital One Cup). His partnership with Sam Vokes is flourishing, he is one of the league’s most consistent performers and he is an early contender for Championship Player of the Season.

Despite having a less successful season than his striker partner Ings in terms of goals, Sam Vokes’s ten league goals have been crucial in ensuring Burnley can sustain their assault on top spot. He has proved to have a common poacher’s instinct of scoring crucial goals (most importantly against fellow promotion challengers, Leeds and Reading) and if he continues this he has a fantastic chance of leading Burnley to the Premier League.

After scoring two goals in Leicester Play-Off campaign last year, Nugent has made a strong start to the season, helping himself to ten League goals. With his fellow strikers misfiring, Nugent has led the line to perfection and is set to be a key player in the race for promotion.

The Derby midfielder has been an integral part of his team’s revival under Steve McLaren and has already surpassed his goals tally from last season, with nine. With pressure building on McLaren’s side to continue their recent upturn in results, Bryson looks set to continue in his key role at the iPro Stadium as he hopes to inspire Derby to a successful season.

The 18-year-old, who is rumoured to be touted by a wealth of Premier League clubs, is having his most productive season yet for Derby. He has already scored three League goals (and one in the Capital One Cup), which includes a terrific left-footed finish against Reading and is flourishing under Steve McLaren. Expect him to be playing in the Premier League sooner rather than later.

The Championship’s top scorer is having an outstanding season and has scored a wonderful 16 goals so far. McCormack is terrorising defences with his goalscoring exploits and even managed to score all four in Leeds’ 4-2 victory over Charlton in early November. If his form continues over the next month, very few would be surprised to see a few top flight clubs come calling in January.

One of the Championship’s most exciting talents, Ince started the season like a house on fire scoring six goals in the first ten league games and almost single-handedly helping Blackpool to top of the league. His form has taken a dive over recent weeks but if he can handle the expectations, and return to the fantastic goalscoring form over earlier in the season, Blackpool could be set for the Premier League.

One of the finest strikers in the country, let alone the Championship, Rhodes is having another fantastic goalscoring season. Rhodes had a quiet start to the season and didn’t score until the 24th August but he had netted four goals by the end of the month! He has bounced back from a dry November by netting twice in December, and he is destined for much greater things.

Perhaps a strange inclusion given his side’s solid, but not amazing, League position but James Vaughan’s ten league goals have been crucial. He has scored a mere three goals less than all of his team-mates put together and his fantastic form has forced manager, Mark Robins, to insist he will not be sold in the January transfer window.

Leyton Orient’s biggest star has enjoyed an incredible season thus far, chalking up 13 league goals – which included three braces. His two goals against Peterborough in November helped Orient to beat their promotion rivals and his influence has been invaluable so far.

After a few seasons on loan in Scotland, Leigh Griffiths has come into his own this year for Wolves and has helped their consistent promotion push no end. His eleven goals has been very important in developing Griffiths into the club’s main striker and his recent form proves that his goalscoring exploits are not going to stop anytime soon.

In a season which boasts some of the best firepower that League 1 (or any other League for that matter) has ever seen, it is a wonderful honour for Bradford’s poster boy, Nahki Wells, to be top of the goalscoring charts with 14 goals. He has continued his form from last season and is fast becoming one the best strikers outside of the Premier League.

Everyone is running out of superlatives to describe this phenomenal partnership. They have been an absolutely gigantic part of ensuring Coventry wipe out their points deduction and climb the table. They  have scored an incredible 25 league goals so far; Wilson has 13, Clarke 12 and any success which Coventry have this season will be built upon these two, which is why neither could be left off this list.

The Chelsea loanee is a fans favourite at MK Dons and it is easy to see why. As the club’s top scorer, he has 12 goals to his name this season and the youngster is keeping dwindling Milton Keynes’ promotion bid of course. He has scored against the best in the league (Leyton Orient and Wolves to name a couple) and the 20-year-old has a bright future.

Oxford’s main man has been in sparkling once again this season and ‘Beano’ recently scored his 100th Oxford United goal. As Oxford’s promotion bid grows stronger by the week, expect Constable to continue his goalscoring exploits.

Love him or hate him, you just can’t ignore Kevin Ellison. His bravery and commitment to the Morecambe cause has rewarded him with six league goals and with Morecambe firing towards the Play-Offs expect Ellison to net a few more goals yet.

As League 2’s top scorer, Rhys Murphy has enjoyed a brilliant start to his Dagenham careers, netting 11 league goals this season. Murphy has shown he has the quality to mix it up with the best and has the potential to play in League 1 at the very least.

The young striker is fast becoming League 2’s biggest attacking threat. Despite Hartlepool’s struggles, Luke James has enjoyed a very good season and his terrific finishing has led him to score a more than respectable 7 league goals.

Do you agree with who made the cut? Would you have added anyone different? Tweet me at @LiamRaggett or The72 at @FBL72… 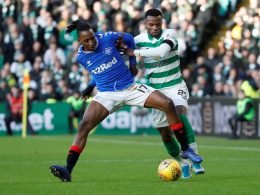 Championship club set sights on out of favour Celtic man

The start of the 2022/23 Championship season is just around the corner, and Wearsiders are preparing for a… 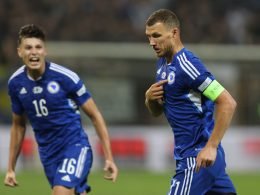 West Brom have made some positive strides in the transfer market this summer, with Steve Bruce trying to…
Total
0
Share
0
0
0
0