Despite the fact that the FA Cup returns on Saturday, this weekend’s edition of Three Probable Victories focuses solely on the Championship…

You wouldn’t have expected this encounter to feature in this section a couple of weeks into the season, but last season’s play-off finalists Watford are on a dreadful run of form, and they travel to in-form Leeds United.
The Hornets so far haven’t been able to repeat last seasons’ heroics where they came within a whisker of promotion. Things started off relatively well for Zola’s men, but they have failed to win any of their last seven league matches. Although they earned an impressive point at high-flying Burnley on Tuesday night, the Hertfordshire outfit were embarrassed by Yeovil on Saturday; losing 3-0 on their own patch to the strugglers.

Some sections of Watford’s support have been growing inpatient with Zola, stating that his tactics are one-dimensional. Have the gung-ho Italian superstars been found out?

Heading into Yorkshire, Brian McDermott seems to have got things moving again at Elland Road. United currently sit second in the form table, and are just outside the play-offs. This is in no small part thanks to the league’s top scorer Ross McCormack, who bagged a brace against managerless Wigan on Wednesday night, to get the Whites back to winning ways after slipping up at Blackburn.

But since the beginning of October, McDermott’s side have won no fewer than six games, including a 4-2 success on the road at Charlton, where McCormack helped himself to four goals, and are clearly moving in the right direction, whereas Watford can’t buy a win at the minute, not even the Pozzo family could afford to pay for one.

After an embarrassing 5-2 defeat at the hands of struggling Sheffield Wednesday, Reading have seemingly got themselves back on track, after earning five points out of three very tricky encounters. The Royals recently beat Nottingham Forest on the road, a result that lifted the men from Berkshire back into the top six.

It’s no surprise to anyone in the division that Reading are in the promotion mix, and they will be sure-fire favourites to record a comfortable victory over an out-of-form Bournemouth, who have failed to win any of their last six matches.

Furthermore, the Cherries have only won once game away from Dean Court all season, and conceded six goals at Watford and five at Huddersfield. Despite this, the South Coast club did earn a creditable point away at surprise package Burnley, so don’t completely write them off.

Clashes like this shouldn’t decide Bournemouth’s season, because their next four fixtures are against teams around them, so earning points against Yeovil, Ipswich, Wednesday and Birmingham, and keeping top goalgetter Lewis Grabban fit will be pivotal in order for Eddie Howe to consolidate his team this campaign.

Reading have a squad glittered with quality, and the visitors are horrifically out of form, so it’s hard to see past a home win, but the men in red and black will be hoping that the batterings are well and truly behind them.

They were tipped for a relegation battle by many in the summer, but Burnley continue to take the Championship by surprise, and storm, despite recently suffering a blip.

Sean Dyche has steered the Lancashire outfit to third place in the table, even though Charlie Austin was sold to QPR, and there are no real ‘big names’ pulling on the claret and blue.

But when Burnley sold Jay Rodriguez, Charlie Austin stepped up to the plate and became one of the football league’s hottest properties. Now the former Poole Town striker has moved on to pastures new, Danny Ings and Sam Vokes have struck up the best strike partnership in the Football League.

The little and large pair only managed a small handful of goals between them last term, but this year they’ve managed an incredible 25 goals as a duo already. This has fired Dyche’s men into the promotion shake-up, unexpectedly.

The Reds haven’t won any out of their last five encounters, and have only won one game away from Oakwell all campaign. Furthermore, top scorer Chris O’Grady is ruled out through injury, so it’s difficult to see anything other than a home victory, even though the Reds earned a surprising three points at Brighton in midweek. Former Fleetwood boss Mickey Mellon was brought to the club by Flitcroft last year, and he will take the reigns temporarily until Don Rowing appoints a new man, unless he chooses to promote from within, and the win on the South Coast has certainly given Mellon a great chance to earn the job.

Expect a sizeable victory for the hosts, as the Championships’ deadliest strike force meet the worst defence in the league. 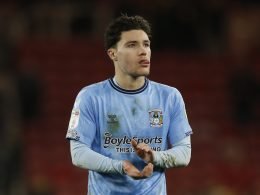 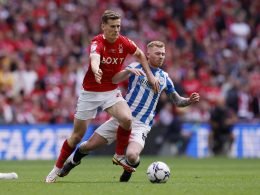 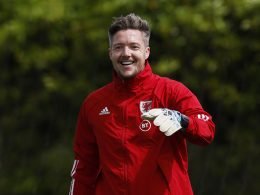