Jackett has selection headache as three’s a crowd at Wolves

Fitting 3 into 2 is an envious task. With the regained fitness of Kevin Doyle and Leigh Griffiths, Kenny Jackett has a real selection headache, he has acknowledged that Bjorn Sigurdarson needs a sustained run at centre forward. All 3 players offer different things to the side, however Wolves have looked most comfortable this year in a 4-4-2.

So who should be leading the line  for Wolves match against Sheffield United Saturday afternoon?

First we will start with Leigh Griffiths, the Scottish international has adapted to life south of the border well. With 4 goals in his first 8 appearances it is clear Griffiths is a goal threat. His movement is sharp and he has a good burst of pace. The former Hibs man offers something that the others do not, a constant goal threat. Similar to Sako you always feel you have a chance of scoring when he’s on the pitch. However, he has appeared jaded in the last few outings, Jackett has rested him and gave him a chance to recuperate. After picking up a knock on Saturday it will be interesting to see whether he is fit enough to start on Saturday.

Kevin Doyle, a man that still polarizes opinion, his work rate and what he offers the rest of the team is unquestionable. However, his goal scoring record is average at best. With only 1 goal this season it does not appear that he is suddenly going to become the 20 a season striker he really should be. His unselfish attitude, whilst being his main negative it is also the reason that makes it so difficult for the Irishman to be out of the side. Keeping Doyle was a huge coup for the club, so keeping him on the bench would seem strange to some. With Griffiths we have seen a partnership in its infancy. The two have linked up well and appear to have a good understanding.Similar to Griffiths his fitness is a question, a fit Kevin Doyle is a man that must be on the pitch. Jackett’s team look a much more effective one with the former Reading front man than without him.

Finally, the man from Iceland, Bjorn Sigurdarson has impressed since coming from Lillestrom at the start of last season. Previous managers have looked to utilize his pace by deploying him on the wing. In fairness to Sigurdarson he has played in an unfavoured position with little or no fuss and has been reasonably effective. However, his favoured position is centre forward, when we have seen him in front of goal he is extremely clinical, you only have to see his finishes against Peterborough and Middlesbrough last term to realise that. He has all the attributes to succeed in England he has pace, strength, a willing runner and a keen eye for goal, with a run leading the line he may get the goal return we are looking for.

So who will Sheffield United be facing come Saturday afternoon? I would like to see the partnership between Doyle and Griffiths flourish and see Sigurdarson come on early enough to have a real impact. Finding a place for three quality strikers is a nice headache to have. 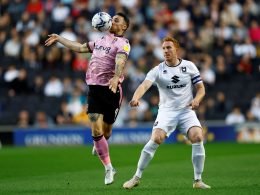 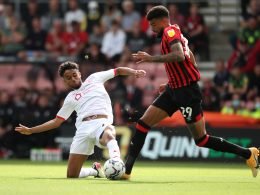