One of the first events of the season is the release of the football fixtures in June, and football fans across the country eagerly await their team’s schedule for the forthcoming season. But as soon as the first game settles in, excitement grows as the eyes filter down to one or two particular opponents that we look out for. In East Lancashire, those teams are Blackburn Rovers and Burnley.

When Blackburn travel to Turfmoor tomorrow midday, live on Sky Sports, it will be the 100th competitive clash between the two and looking back on the previous 99 there is not too much difference between the sides, Blackburn have 41 victories while Burnley have 38. But to most fans it is the previous 15-20 years that matters, and this is where Blackburn take claim to being the pride of East Lancashire. For years Blackburn had been mainstays in the Premier League while Burnley languished in the Championship, so meetings were few and far between. In fact until the year 2000, there hadn’t been a meeting for seventeen years as the clubs were at opposite ends of the spectrum with Burnley even dropping out of the Football League at one point. That meeting in 1982 saw Blackburn complete the double over their fierce rivals and thus claimed bragging rights for the many following years till the next clash. The last time Burnley had won a fixture was in 1979, so when Blackburn were relegated to the old Division 1 and Burnley were promoted in 1999 it sparked up an old bitter rivalry and gave Burnley a chance at redemption. However it was to be more heartbreak for the Clarets as Blackburn, with the help of David Dunn and Matt Jansen, completed another double with a 2-0 win at Turfmoor and an emphatic 5-0 win at Ewood Park. The media described the game as a throwback to the old football violence of the 80’s.

It was to be another five years before the next meeting took place and it was the FA Cup that hosted it. Burnley, still in the Championship were chomping at the bit as they were in impressive form while Blackburn were struggling in the top tier and fans of the Clarets were hoping that form combined with magic of the old competition would play it’s part. The initial game was a dull draw leading to a replay at Ewood, but again Blackburn came out on top through a late Morten Pedersen goal. Following Burnley’s play-off success in 2009 they were promoted to the Premier League for the first time in their history. It meant that the two teams would meet in the top division of English football for the first time since 1966. The games were intense and leading commentator Martin Tyler even said ‘I have never ever in my time of attending football matches seen such a large police presence for a football match’. The heartache continued for Burnley as Blackburn completed another double with Dunn and Pascal Chimbonda grabbing the winners in both games respectively and two months after the second match, Burnley were relegated back to the Championship. Two years later Blackburn, after eleven years in the top flight, were also relegated and the two sides would meet once again.

Both sides back in the Championship and Blackburn in turmoil, the first match was billed as Burnley’s biggest chance of breaking their 33 years of hurt. With Burnley at home, their fans were expectant but despite dominating the game Rovers took the lead through Jordan Rhodes but Sam Vokes netted a deserved 89th minute equaliser for the Clarets. The return fixture was even more dramatic, this time Burnley took the lead through Jason Shackell but in the dying seconds, the fifth minute of stoppage time, old nemesis David Dunn popped up with the equaliser to break Burnley’s fans hearts. It was a great advert for the derby and ensured that Burnley’s wait had to continue.

It is by no means the biggest derby in football, but when it comes to passion you won’t see many better. The BBC, last year, questioned whether it was the most fiercest in English football and so they should.  It is a derby that is filled with unfortunate hate and it is hoped that violence doesn’t overshadow what should be another great occasion. http://www.bbc.co.uk/sport/0/football/20554401. Both teams have enjoyed decent starts to the season, in particular Burnley, and it has the makings of a classic derby game. It is great to see this rivalry alive and well once more, and whether it be in the Football League or the Premier League, long may it continue. 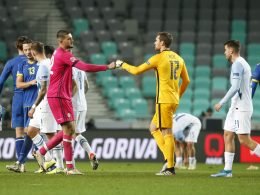