4 things we learned from League 1 this weekend

Both sides finished superbly last season and even though they missed out on a play-off berth, Leyton Orient and Walsall will be delighted to have taken that momentum into the new campaign.

Orient have carried on from their 7th place finished with a 100% record so far, scoring nine goals in their first three league fixtures and only conceding once. It’s a sensational start for Russell Slade’s men that if they continue it could be a very exciting season.

The Saddlers are unbeaten even though they lost their three top scorers from last season in Febian Brandy, Jamie Patterson and Will Grigg. Many tipped them to struggle but they are proving people wrong again and while there will be tough games ahead, it’s been an excellent start for the midlands side.

After becoming Peterborough’s record signing in the summer, 20-year-old Britt Assombalonga has shown no fear so far in his start at London Road. Three games, three goals and he’s showing the blistering form that saw him score 15 goals in the league at Southend last season.

His goals have helped

Peterborough to a perfect start to their league campaign as they look to bounce straight back to the Championship. Many had worried that losing Dwight Gayle would affect their chances, but Assombalonga has addressed that fear with aplomb.

Nahki Wells can perform at this level

Bradford were pretty special in both the league and the Carling Cup last season, but many questioned if Nahki Wells could make the jump to League 1, even though the Bermundan was linked with a move to Championship sides.

He’s adapted like a duck to water, scoring three in three league games and looking like he could be prepared for another step up in quality. Bradford would love to keep him to help them stay in League 1 but a good offer with tempt the Yorkshire club to sell.

Carlisle are in the sticky stuff

I’m just going to come out and say it, Carlisle United are in very big trouble. Other than the League Cup result against Blackburn, the Cumbrians have simply been dreadful so far this season. They’ve shifted 13 goals in three games, which is unacceptable and they already need a huge turnaround if they are to survive this season.

They have a few financial issues, manager Greg Abbott has admitted that his players are very low on confidence at the moment and that this will be a very difficult season. If I’m honest, I can only see relegation for the club this season, they just aren’t good enough for this level any more. 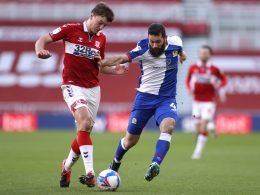 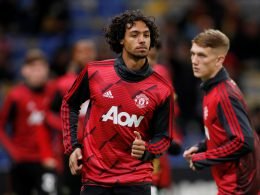 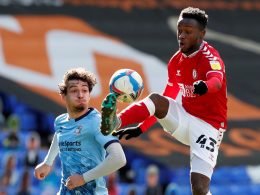 Charlton Athletic are confident of securing full-back Steven Sessegnon on a season-long loan from London rivals Fulham, the… 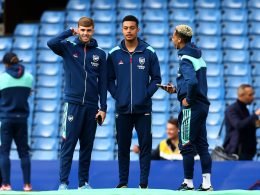 Arsenal and Portsmouth have come to an agreement to send defender Zak Swanson to Fratton Park on loan,…
Total
0
Share
0
0
0
0