Last season was a somewhat turbulent one for Blackburn Rovers. High profile signings, Shebby Singh, interfering agents, Portuguse players, boardroom conflicts, five different managers and more Shebby Singh all culminated in a truly absymal season. The one shining light was Jordan Rhodes, whose goals ensured Blackburn didn’t suffer relegation two years in a row, an agony that would have had disastrous consequences for the club. Of course some credit must go to now permanent manager Gary Bowyer who steadied the ship not once, but twice and he now must now face the task of being the fifth permanent manager of the club since the Venkys group took over in November 2010.

As we approach the opening day of the 125th anniversary of the Football League season, many fans will agree that there is stark contrast between last year’s approach and this years. First and foremost there is the quiet but significant disappearance of Shebby Singh. Although well intentioned, Singh outed himself throughout the season as limited in knowledge, overly positive and judging by some of his interviews, downright absurd. The other major change is the shift in transfer policy, instead of signing high earning has-beens, Bowyer has gone for hard working, upcoming Championship players, who as Bowyer himself puts it, ‘are the right fit’ for the squad. The club have wasted no time in ridding the squad of ineffective players, most of the Portuguese influx from last year have gone and the departure of Danny Murphy was greeted with applause as fans agreed that he showed a lack of enthusiam for the cause and a surprising lack of ability.

The Rovers squad boasts healthy competition for places with the likes of Dann, Hanley, Robinson Best etc, but the obvious answer to who will be the one to watch is clearly Jordan Rhodes. Blackburn have always been blessed with top marksmen including Shearer, Jansen, McCarthy to name but a few and Rhodes is no different. A firm fan favourite he scored 27 goals, almost half of all Rovers goals in the league last term. His goals proved invaluable, especially towards the end of the season when Rovers found themselves in a relegation battle. What is even more impressive about his goal haul was the lack of service the team provided. One of the main criticisms of last season was the under whelming performance of the midfield and Rhodes was left dealing with long balls and flick ons.

Perhaps Blackburn greatest triumph of this pre-season has been keeping hold of him, Venkys and Bowyer have stressed multiple times they do not need to sell him and they have kept their word.
It’s fair to say that since the Venky’s took control of Blackburn Rovers, their reign has been shrouded in a series of mishaps, controversy and naive management. The result, a rocky relationship with the fans which at one point, specifically when they refused to remove Steve Kean as manager, seemed like it was at the point of no return. However these last few months have seen Rovers go about their business like the club did when former Chief Executive John Williams was in charge. The club have removed inadequate authorative figures, secured a new sponsor and appear to have finally constructed a proper boardroom. Fans are cautiously optimistic, and so they should be. It is, however, too early to suggest Venkys have turned a corner, they could yet make more bizarre decisions as the season unfolds and this fans lack of trust is the reason they could be potentially be the weak link.

It is imperative they allow the board to make the important decisions when required, whether that is the change of a manager remains to be seen.
The Championship is one of the toughest leagues in football, eight, maybe nine teams all give very good cases for promotion. The question whether Blackburn will be one of them splits opinion across the country but in the town of Blackburn the answer is a firm yes. With Jordan Rhodes at the forefront Blackburn can sustain a challenge for promotion, an improvement in home form will be required but with Bowyer at the helm it seems Rovers have a new found lease of life. My prediction is 5th place, what happens in the play-off is anyone’s guess. 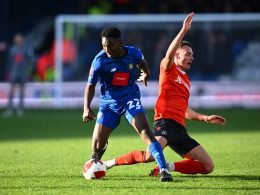 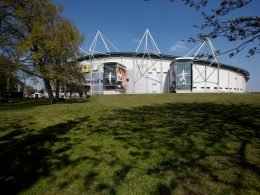 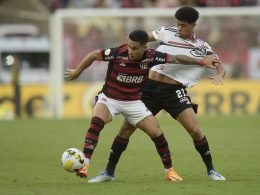