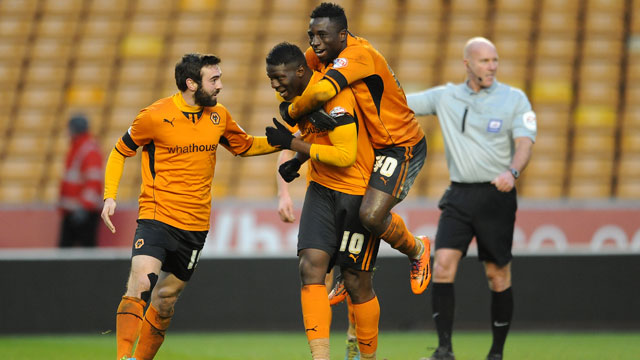 Stats: who are the top passers in the Championship

It’s been well documented that in the modern game, keeping the ball is simply imperative to both success and popularity. Sides like Barcelona, Bayern Munich and Arsenal have long been admired by football fans for their attractive passing styles while the Football League has often been considered a place where the only pass that counts is a long one.

Wolves lead the way for pass completion with 84.3% success from their opening eight games averaging 58.6% possession in that time. Wanderers’s have completed 3536 passes from 4197 in their impressive start to the season. They average 524 passes a game and George Saville is their most successful passer with 141/156 passes completed from just four appearances. The stat shows just what a transformation Wolves have undergone since Kenny Jackett took over and it wouldn’t be surprising to see Wolves playing in the top flight again some time soon.

Brighton have been a far cry from their Play Off challenging sides of the previous couple of seasons. However, they have shown in their opening games that possession is still very much a priority for Brighton and indeed new boss Sami Hyppia. They have completed 3140 passes out of a possible 3846, which equates to a success rate of 81.6%. This equals to around 481 passes a game at a possession average of 54.9%. It’s not too hard to believe that with this kind of consistency that Brighton could turn a frustrating start around and soon be trying to hit the heights of the Play Offs again. Aaron Hughes is Brighton’s top passer with 89.6 percent success from 96 passes, 86 of which connected.

Steve McClaren has made Derby a formidable side since taking over from Nigel Clough last season. Under his leadership Derby were the highest scorers in the division last season and were a second away from going to the Premier League. This season, Derby have struggled slightly, however, the problem certainly doesn’t lie within their ability to keep the ball. The Rams have made 3359 passes from the 4134 attempted at a success rate of 81.3%. Derby have had an average of possession rate of 58% and so far this season, they have achieved an average of 516 passes a game, which has helped them to get to eighth place so far this campaign. Derby’s most accurate passer is Richard Keogh with a record of 428 out of 476 possible passes, at a success rate of 89.9%.

In eight games, Evans has attempted 412 passes and completed 379 of them. He averages 51 passes a game at the heart of the Blackburn midfield.  His success rate of 92% is even more impressive when you consider that only Phil Jagielka has a better rate having played five games or more in England’s top two tiers. Evans has been an impressive player for Rovers this season although he has failed to get an assist from any of his passes this season.

Smith has only played four times this season, but he has completed 110 from 120 passes at a success rate of 91.7%. He has an average of 30 attempted passes per game. Smith has shown why the coaches at White Hart Lane saw him as such a prospect and he has certainly shown himself to be a fast developing right back at the Goldsands Stadium. His success also shows him to be following Eddie Howe’s attractive footballing philosophy as Bournemouth aim to challenge for a place at England’s top table. Smith is also the only defender in the top 10.

Tettey is the only man in the top three to have scored or assisted this season. In eight games he has scored twice and assisted once while completing 398 of  435 attempted passes, which equates to a 91.5% success rate. His passing average of 54 passes a game is pretty good for the Norwegian midfielder. Tettey was one of the more impressive Canaries in the Premier League so it is no surprise to see him near the top of this list having been the 36th most accurate passer in the top tier last season with a success rate of 87.8%.

(All data from WhoScored.com)