Think about it: how many players from the Football League have been billed as a potential “big hit” in the Premier League? Now ask yourself how many of those players actually made it? 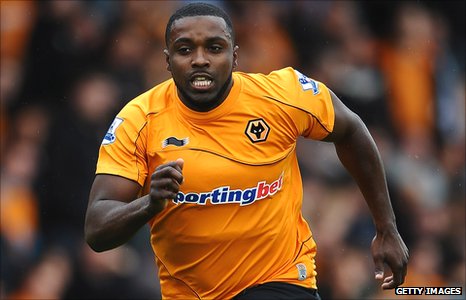 Ebanks Blake, a former Manchester United youngster, played for both Plymouth and Wolves in the Championship. In 176 appearances, he scored 70 goals and bagged himself 29 assists, including a 24 goal campaign in Wolves’ 08/09 promotion season; developing a reputation as one of the most potent goalscorers in the Football League. Strong, quick and a deadly finisher, Blake was seen to have all the sufficient attributes to become a good Premier League forward and yet he only managed two goals in 23 appearances in his debut top flight campaign. He only managed a further eight goals in his next 53 appearances, although he did manage five assists. His overall Premier League tally of 10 goals in 76 appearances shows just how out of his depth the former Football League hot shot was in the top flight, and his multiple seasons of disappointment have affected his ability to score goals as well. He recently linked up with former boss Mick McCarthy at Ipswich where he played 10 games and didn’t manage to find the net. The 28 year old is currently without a club, a sad way for a player who looked so good at 22 to see out the remainder of his career.

Long before the emergence of Hughes and Hendrick, Derby County were producing young players who were tipped for the top. Tom Huddlestone managed to forge a Premier League career after coming through at Pride Park; Giles Barnes however, was not so lucky. The young winger was seen as being a wonderkid after a smattering of first team appearances in the 05/06 season and he was certainly tipped as “one to watch” in the coming years. Barnes made a reputation for being an exciting winger and his record of nine goals and five assists in 61 Championship games for Derby was certainly impressive for one so young. In the Premier League however, things were not so impressive. Still a teenager, Barnes embarked on Derby’s disastrous Premier League campaign, in which they only managed a record low 11 points, making 21 appearances and scoring once with one assist.

Barnes went down with Derby but was soon back in the top flight as he went on loan to Fulham. He never played. He then moved to West Brom making 14 Premier League appearances and contributing nothing in the 10/11 season, having assisted two in nine the previous Championship campaign. Barnes was soon let go to sign for Doncaster Rovers. He played 33 times in the Championship, scoring once and assisting three times, before moving to the MLS. Barnes, now 26, is currently plying his trade with Houston Dynamos where he has played 95 times, scoring 15 and assisting 9, but this is a far cry from the boy wonder who scored seven in 12 for the England U19s.

In all, he has made 131 Championship appearances, scoring 28 and assisting 37, and this is certainly a good number of games for a player of 28. His Premier League career is not so formidable making just 54 appearances, scoring six and assisting just two, and it is for that reason that he makes this list. Kightly first hit the Premier League as a well documented threat having just completed a campaign in which he scored eight and assisted 19 in the Championship. He provided many goals for Ebanks Blake and Chris Iwelumo in their colossal goalscoring season, despite this he managed just nine games in the top tier assisting just once and scoring none.

The next campaign he was initially left unregistered by Wolves until January when he was brought back into the squad making four appearances in the 10/11 season but contributing nothing. The 11/12 season was much more successful as Kightly made 18 appearances in the top flight, scoring three and assisting once, before making 12 loan appearances for Watford in the Championship where he contributed identical figures of three goals and one assist.

This would be his last season at Wolves before they were relegated and he was snapped up by Stoke City; the early signs were good as he scored on his debut against Reading and played at least an hour in each of the first 10 games in the 12/13 campaign. Kightly soon dropped off though and in a further 12 games he managed just two goals and no assists. The following season he played no part in Stoke’s first three games before signing a loan deal with Burnley. Kightly proved to be a key man for Burnley as they won promotion to the Premier League, scoring five and assisting six, and he was rewarded with a permanent move to the top flight newcomers this summer. Kightly could still prove a key man for Burnley if they are to stay up but so far, the 28 year old hasn’t lived up to the promise that got him seven England U21 caps.

Taraabt has everything a modern footballer needs. Skill, pace, control, a deadly long shot and an accurate set piece; it was these attributes that made him a huge hit in the English second tier. In the Championship, Taarabt has played 92 times for QPR including his initial loan and the permanent move which followed, scoring 27 times and getting 34 assists. However, in the Premier League he has, thus far, failed to send any of the three sides, including Spurs, any rewards from his myriad of footballing capabilities.

The Moroccan midfielder had already had one very good season with QPR before he fired them to promotion in the 10/11 season, scoring 19 and assisting 23, amid the chaos and controversy that surrounded the club. His full top flight debut campaign was relativity unspectacular, scoring twice and assisting five times in 27 games, as he helped QPR escape the drop. His second season was better but still not the dominance the Ranger’s fans were used to from the tricky youngster as he scored five and assisted the same number in 31 games, except this time QPR did go down.

He was sent on loan to Fulham where he was branded “lazy” by Steve Sidwell. In his 12 games he assisted just once. He was sent out to Italian giants AC Milan where he scored four times and assited twice in 14 Serie A games as well as experiencing Champions League football. Now he is back among the squad players at QPR and is constantly linked with moves away and these are far from the headlines that QPR fans were hoping he would have made at 25 and a poor showing against Burton Albion in the Capital One Cup only strengthens the belief that he is no longer good enough for a top flight team.

This is an unpopular pick I know especially as he is only young and still gets loaned out to Premier League clubs, but it has to be acknowledged that the old Palace chant of “he’s just too good for you” simply does not apply to Premier League sides. Zaha was signed by Sir Alex Ferguson but his first United manager was David Moyes. He spent half a season watching his sides less than impressive wingers  fail while he still couldn’t get a look in and was soon loaned to Cardiff. He managed 13 appearances and only assisted once with the Bluebirds. Next Louis Van Gaal came in and inherited a side where Zaha could be seen as one of the more attractive wing back options due to his pace and dribbling ability as well as his well documented crossing; yet he was once again cast aside and has now been loaned back to Crystal Palace, where he has scored 18 and assisted 28 in 143 games. The signs now look ominous for his Old Trafford future. It has to be said that, while he still has time to develop, Zaha is nowhere near the confident player that got two England caps whilst still being a Championship player.

Jay Bothroyd: Scored 63, and assisted 37, in 253 Championship/First Division games and hit The Premier League with QPR fresh off an 18 goal season with Cardiff. The performances even saw the former Arsenal trainee man, who had previous Premier League experience with Blackburn, Coventry and Charlton where he scored just 3 in 37 games overall, get 18 minutes of international football for England against France. His spell at QPR was less spellbinding as he only managed three goals in 25 top flight games. He has since Plied his trade in Thailand.

Glenn Murray: Murray had a sunning season with Crystal Palace as they were promoted to the Premier League, scoring 30 in 42 matches, before a long term knee injury, sustained in the Play Off semi final against his former club Brighton, limited him to just 14 games in the Premier League, scoring once, but overall he simply couldn’t make the impact he was expected to and looked off the pace overall. He was loaned out to Reading on deadline day as he was deemed surplus to requirements by new manager Neil Warnock.