Just over a year ago, Paddy Madden was seemingly one of the happiest professional footballers at his club Yeovil Town. He had not long scored a wonder goal at Wembley (his 24th of the season) which helped the Glovers take their place in the Championship for the first time in their history. As he and Gary Johnson embraced following the 2 – 1 win over Brentford, no one in green and white would have even contemplated the notion that he would fall out of favour and consequently move on in the 2014 January transfer window. 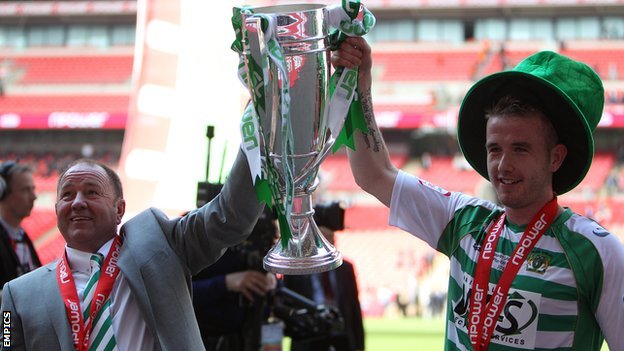 Since then, Yeovil Town have been relegated from the Championship and Paddy Madden has another promotion to his name with Scunthorpe United who returned to League 1 at the first time of asking. On Saturday, Huish Park plays host to the Iron, meaning the former fans favourite is set to return in the opposing dressing room. It was one of the fixtures that all Glovers fans looked out for and were both excited and nervous about the return of their one time hero. The Glovers struggled in the second tier, particularly in front of goal and so it was frustrating for Glovers fans to witness Madden never playing a full 90 minutes, before being dropped altogether and training alone. It soon became clear that there was a deeper issue between Johnson and Madden. The Irishman was quickly transfer listed and Scunthorpe United paid a six figure sum for the former Carlisle man’s services. He was an instant hit at Glanford Park and has scored six goals since joining the club. One of those came in their opening League 1 match, a 3 – 1 defeat against Swindon. 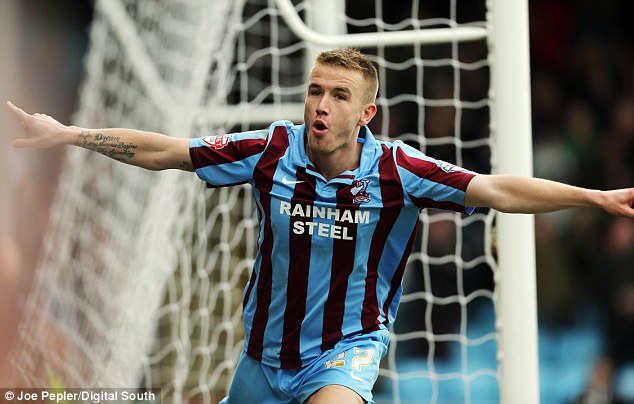 For the first time, both manager and player have spoken out about what really happened between the two of them. Once so close and appreciative of each other, there is now a cold and bitter air about their relationship. Madden spoke to the Irish Evening Herald and said:

“It was great for a while at Yeovil and that experience, a young Dublin lad scoring at Wembley, was something else, but it ended badly.

“For whatever reason, when I came back after the summer break the staff were on my case all the time, they were making me do extra running, I was made train on my own for four or five weeks.”

“We got on great for a long time, you could see how we were on the pitch at Wembley after we won the play-off, we got on really well but for whatever reason things turned bad, we started fighting and arguing, one thing led to another and my time there was up.”

So why was this? Was it the pressure to perform in a league above? Was it that he thought he could step up without taking advice? Or was he picked on and refused to be treated badly?

Five players Mark Warburton could target for QPR this summer

It is hard for Glovers fans to comprehend a bad attitude from the striker as his effort on the pitch was always second to none. However, fans don’t get to see the players every day in training, the management do. This begs the question, how different can a player be on and off the pitch? 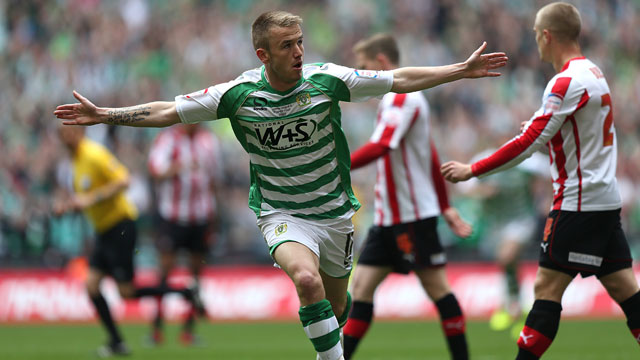 Gary Johnson also had his say and when asked about the 24 year old strikers comments he stated:

“It will be nice once day if a footballer moves away, then comes back and thanks the manager for what he’s done for him.”

“We tried hard to advise him and his representatives that he need to think differently to be a good Championship player but unfortunately that fell on deaf ears. I’m disappointed, but that’s what happened,”

Yeovil had issues with another striker last season, but this time with a player that has had well documented attitude issues and poor relations with management. Ishmael Miller joined the Glovers on loan from Nottingham Forest and almost saved Town from relegation scoring 10 goals in 19 appearances for the club. However, he left the club in April after storming out after a team meeting. Gary said of the incident:

“He didn’t want to get involved in a discussion and he ended up saying okay, I don’t want to play for you. He walked out of the room. That was the second time and we can’t let that happen.”

Is this just an inevitable part of the game? A sport filled with such powerful egos means incidents like this are likely to occur. Despite this,Yeovil Town have kept hold of Paddy Madden’s best mate Kevin Dawson and his and Gary Johnson’s relationship couldn’t be stronger. Dawson scored in the 2 – 1 win over Walsall on Tuesday night and the Gaffer told ytfc.net that he was “proud” of the winger for his strong performance on the night. This professionalism between the two is a very welcome sight to Town fans who were extremely concerned about the events that ensued in the Championship last year. It is sad to see a relationship turn so sour after Johnson plucked Paddy from Carlisle where he did not enjoy much success. Madden will want to get one over on his former boss, as will his former team mates. Yeovil fans will never know what truly happened behind the scenes and perhaps that is how it should stay. In the modern game, players move on, happily or unhappily. A polite applause should suffice but judging by the comments made recently, I am sure there will be some extra controversy during the upcoming reunion.

Gary Johnson has remained a constant in all of Yeovil Town’s league success and despite the fact that Madden will get a rousing reception at Huish Park on Saturday, it is their manager and their current squad that they will look to get behind come 3pm on the 23rd August.