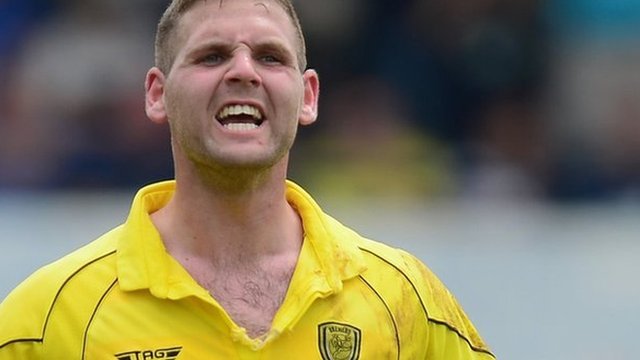 Scunthorpe United have signed Billy Kee from Burton Albion for an undisclosed fee, according to the club’s official twitter account.

The 23-year-old scored 13 goals in 40 league games last season and notched a brace in his final game for the Brewers in their 2-1 win against Dagenham and Redbridge. He will be seen as a replacement for last season’s top scorer Sam Winnall, who joined Barsnely earlier in the window.

Kee could make his home debut tomorrow as the Irons take on Fleetwood at Glanford Park.