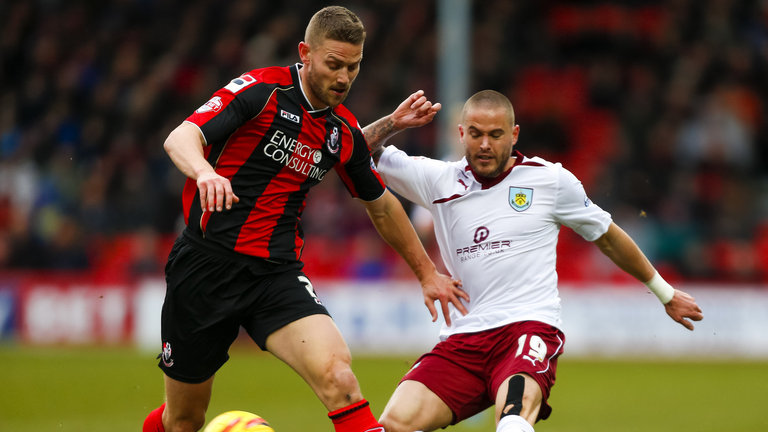 Bournemouth had received two bids from Championship rivals Derby over during this transfer window, however they were both declined and yesterday Francis committed himself to Cherries by signing the new contract.

“To put it simply, this is the happiest I’ve been during my career. I’m playing my best football in probably the best team I’ve played in.”

The 29-year-old has been a key player in Bournemouth’s success under Eddie Howe and hit fine form during their campaign last season by winning the coveted Daily Echo-Micky Cave supporters’ player-of-the-year award.

This form provoked two bid to be tabled by Derby with the figure to of been somewhere in the region of £250k–£500k, both bid were rejected by the Cherries with the club insisting Francis was not for sale.

Francis joined the Cherries from Charlton for a reported £25k back in January 2012, this was after impressing on a brief loan spell at Dean Court, Since then he has missed just one league game since current boss Howe returned to the club 22 months ago. 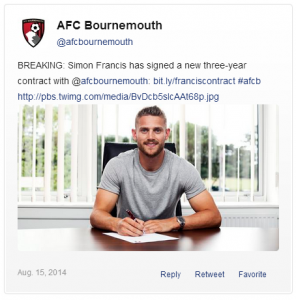