Leeds fans twirling their scalves during the EFL Sky Bet Championship match between Reading and Leeds United at the Madejski Stadium, Reading, England on 10 March 2018. Picture by Graham Hunt.
News

By Graham Smeaton on Jan 18, 2020 0 Comments
Leeds fans twirling their scalves during the EFL Sky Bet Championship match between Reading and Leeds United at the Madejski Stadium, Reading, England on 10 March 2018. Picture by Graham Hunt.

The London hoodoo continues for Leeds United after their 1-0 loss in the capital against QPR thanks to a contentious goal on 20 minutes from Nakhi Wells (below).

Think of Michael Jordan in his prime controlling a low dribble into the key before rising like a leaping salmon to dunk over the top of Magic Johnson. Apart from the salmon, dunk and Magic Johnson pretty much everything else was there in Nakhi Wells’ goal. Ball hits the left arm, the ball hits the right arm, the ball falls to the floor, Wells plants ball past a prone Casilla.

The FA regulations on this situation are pretty clear, crystal clear in fact. Law 12 has various statements that show Wells’ action was a clear infraction and breaking of the rules on handball. Here’s a look at what he should have been pulled for: “gains possession/control of the ball after it has touched their hand/arm and then…scores in the opponents’ goal”.

Not convinced? Well, he could also have been pulled for the following: “touches the ball with their arm/hand when…the hand/arm has mad their body unnaturally bigger.” The VAR in use in the Premier League would have shot lasers out at what it saw here to such a degree that James Bond wouldn’t have been able to avoid the beams.

Losing to such a controversial goal has not been easy to take for Whites fans and Twitter is not a pretty place at the moment – not pretty at all. It was always going to be an incident that had fans commenting and that is certainly so. Here are a few of the more printable things that Leeds fans have had to say in the aftermath of the game.

Standard of referees needs addressing in this league. Should’ve been a Leeds penalty and Wells goal shouldn’t have stood. That’s the tip of the iceberg, week in week out it’s poor. Not just for us either. #lufc

#LUFC This division is hard enough without having incompetence like that to deal with. #handball just dire from two officials.

Can understand ref missing handball(s), player's body blocking his view but how does the lino not see it? Looking right at it. #lufc

The referee has a clear line of sight on that double handball. These cr*p decisions are costing us dearly. Better performance from #lufc needed 2nd half. #MOT 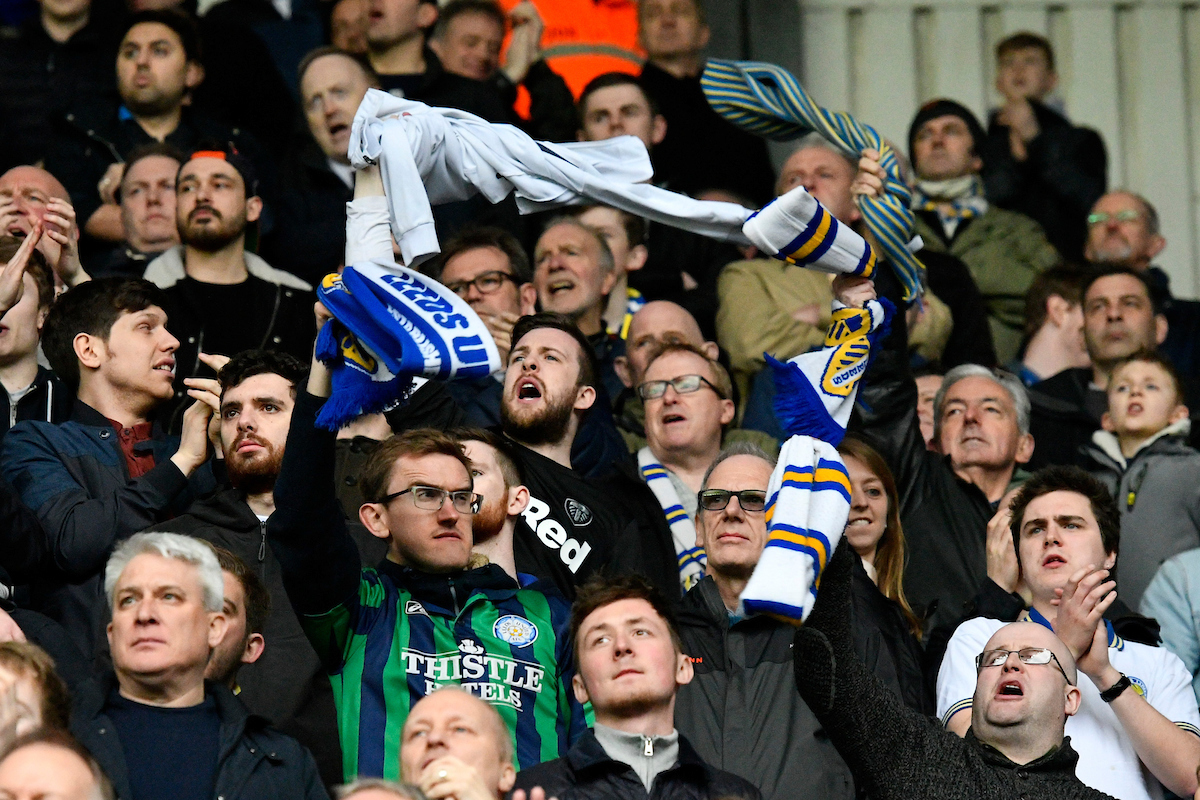