Leeds United position over financial sting with Nketiah not clear

Leeds United certainly had Lady Luck on their side when it came to the chase for Arsenal starlet Eddie Nketiah. For once, it made a welcome change that their luck was in.

It looked, at times, that this would be a transfer that ranked alongside Deadline Day fails such as ‘Don’t go to bed yet’ and ‘the Dan James debacle’. It was rumoured on, then Bristol City had organised a medical and a move to Leeds looked off before a Dragon’s Den-style pitch put the Whites right back in the mix for the Emirates youngster.

Orta pitched well, Bristol City’s arranged medical went unattended and Leeds United had their man and Eddie Nketiah was a Whites player for the season. He’s yet to feature in a Sky Bet Championship game for the West Yorkshire side, but his two appearances for the club have yielded two goals.

Goals, that’s why Leeds United went so hard in for the young star. He is a striker whose intelligent runs get him in the areas where the ball is delivered to. It sounds all too simple but he makes those runs expecting the ball to be there, and more often than not it arrives and he scores. Across 70-odd games or so for Arsenal at all levels, Nketiah has 49 goals.

The Whites haven’t landed him on empty promises and vague notions where Arsenal’s benevolence and charity have been at the forefront of their decision to loan. Leeds have paid a £2million fee to Arsenal to secure Nketiah’s services, also having agreed to pay a chunk of his reported £35,000-per-week wages.

His absence from the side has left some fans wondering what the score is with Arsenal and certain media sources are saying that the Whites could be stung financially if Nketiah doesn’t get sufficient game time and exposure at Elland Road.

It was something that was brought up at Marcelo Bielsa’s pre-Brentford presser yesterday afternoon. Bielsa, for once, seemed a little non-plussed as to that particular situation and whether Leeds United would be punished by Arsenal for not using youngster Nketiah. Bielsa’s actual reply, carried by Leeds Live, included the following: “I do not know if there will be some penalty or not.”

At the moment, there is a distinct lack of clarity as to what the situation is regarding the situation that the Whites find themselves in should Eddie Nketiah not receive sufficient game time whilst at Elland Road. 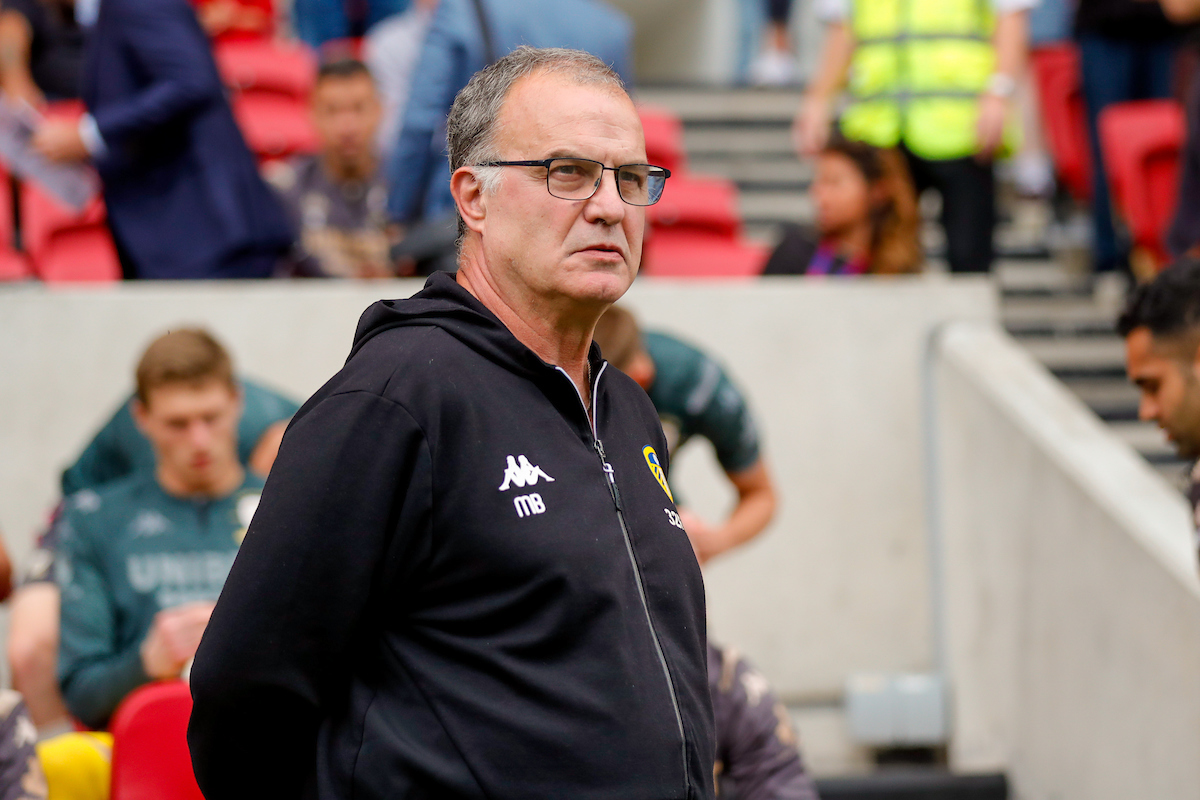