It was a deadline day deal that threatened to derail was the deal that saw Eddie Nketiah finally land at Elland Road. First, it was rumoured on, then complicated, then back on again and completed.

In that on-complicated-on process, it resembled somewhat a Facebook relationship status that’s going over rocky ground indeed. The thing is, Leeds United don’t do easy Deadline Day dealings for fans – the less said about Dan James the better.

Still, landing Nketiah from Arsenal ahead of Sky Bet Championship rivals Bristol City was a definite coup for the Whites. It is a coup, however, that could come at a high cost should Leeds United not guarantee Nketiah adequate game time.

Leeds are said to have paid a loan fee of around £2million for the Arsenal youngster who has hit 49 goals for the Gunners in just 70-odd games at all levels. Now, £2million is substantial money in anyone’s terms to lay out for a player and then not use. Whites fans have had experience of this last season in terms of how the Izzy Brown loan deal went.

IN OTHER NEWS:  Former Leeds United defender Alex Bruce believes Kalvin Phillips is crucial to the side

The two million reasons is plain and straightforward, that’s the financial outlay in terms of what the Whites have paid to secure Nketiah’s services. That financial commitment is even before you factor in the contribution towards his reported £35,000-per-week wages at the Emirates.

Here are two other reasons.

What a Brilliant Goal at end of the move a cross from Helder Costa tapped in by Eddie Nhketia #LUFC #MOT pic.twitter.com/8u4XKtqAQi

56' GOAL! Clarke threads a great pass through to Stevens who whips a ball across for Eddie Nketiah to tap it home! 2-0 pic.twitter.com/Qf2AoY6j48

Two appearances for the Whites, two goals. You cannot hide the fact that this lad knows where the goal is. He does very little in either case, but he proves his philosophy that he gets into the right spaces and that chances will come to him. Both goals proved that philosophy and the simplicity that it embodies.

IN OTHER NEWS:  Hull City will get "hammered" by Leeds United without improvement according to Grant McCann

What to do with Nketiah to not waste his talent

It’s so simple that I feel stoopid typing it – get him on, get him playing. It really is as easy as that for Leeds United. To maximise the worth that they will get out of Eddie Nketiah, Leeds United need to get him decent game time in the first-team and feed him the right service.

The two goals above prove that such faith will blossom and bear fruit. He has electric pace from a standing start, moves well into space and has an almost magnetic attraction to the ball. It finds him, not the other way around, and he simply scores. He does what all good strikers do, the easy stuff very well and very often.

Leeds United could have found their secret weapon this Sky Bet Championship campaign with Eddie Nketiah. An impact player who will easily make an impact; what is there not to like? 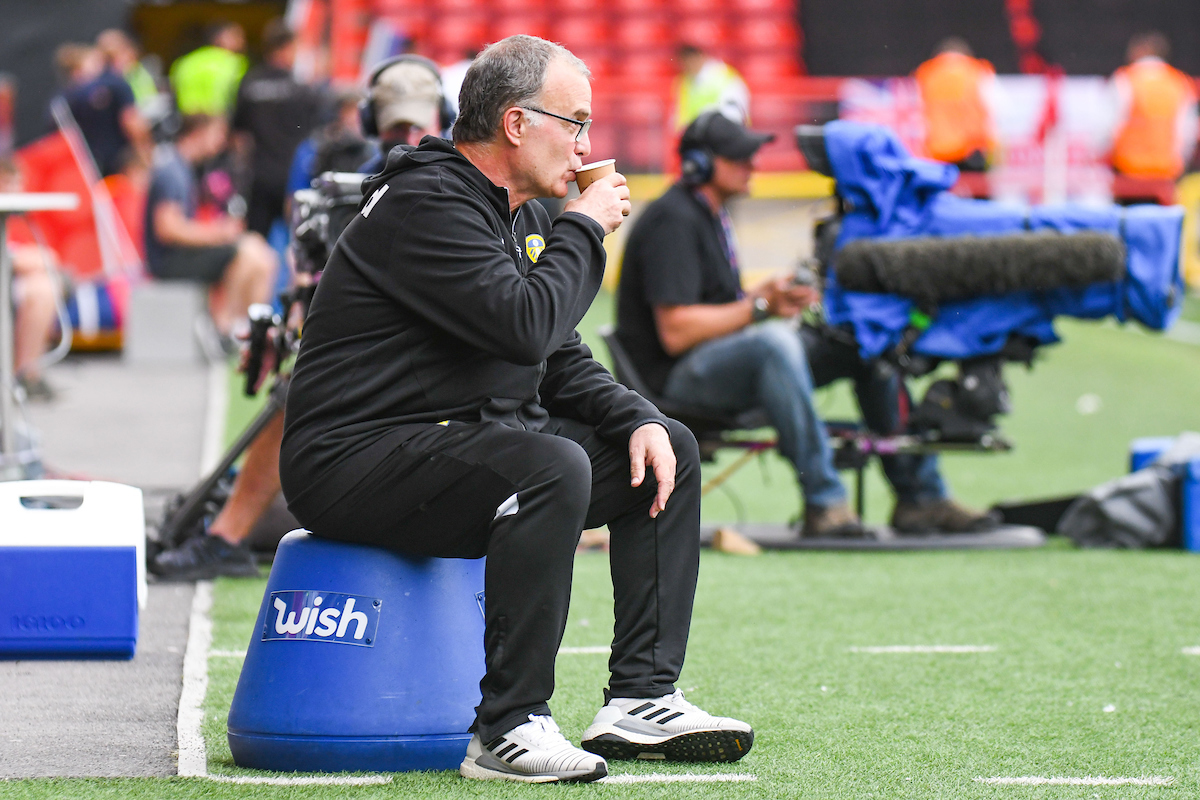