Goal - Oli McBurnie (9) of Swansea City celebrates scoring a goal to give a 1-0 lead to the home team during the EFL Sky Bet Championship match between Swansea City and Leeds United at the Liberty Stadium, Swansea, Wales on 21 August 2018.
Bradford City

By Graham Smeaton on Jul 29, 2019 0 Comments
Goal - Oli McBurnie (9) of Swansea City celebrates scoring a goal to give a 1-0 lead to the home team during the EFL Sky Bet Championship match between Swansea City and Leeds United at the Liberty Stadium, Swansea, Wales on 21 August 2018.

For Bradford City fans it was a horrible season last term. In their droves, they turned up to watch what became increasingly turgid football.

The end result of their laborious devotion was to see their side relegated to League Two. Next season should, on paper at least, be easier for the Bantams in the fourth-tier of English football. Yet, paper with its fragile nature can easily be ripped apart and that is what Gary Bowyer will be hoping doesn’t happen to the West Yorkshire side.

City have recruited well during the summer window, bringing in what could be a potent League Two strikeforce in Clayton Donaldson and James Vaughan. Combining with Irishman Eoin Doyle, that trio should be enough to shoot the Valley Paraders back up to League One at the first time of asking.

However, it is a different striker who could benefit Bradford City if transfer reports from the likes of BBC Sport are to be believed. They report that Sheffield United have increased their bid for Swansea striker Oli McBurnie and proposed a deal that could be worth up to £20million for the seven-cap Scotland international.

BBC Sport say that the Swans are understood to be “seriously considering” the Blades latest offer for the 22-goal hotshot who came up through the ranks at Valley Parade before being sold to Swansea in a reported £250,000 deal in mid-July 2015. Since that move, he’s gone on to prove his worth to the South Wales side with 26 goals in 62 games as well as 34 goals in 36 Under-23 games.

Local newspaper the Telegraph and Argus say that the Bantams had a 15% sell-on fee added into the deal that took Leeds-born McBurnie to Swansea. A sale at around £20million would present Bradford City with a hefty windfall of £3million.

That sort of money, at League Two level, would buy the Bantams additional ammunition to shoot themselves clear of League Two and back to where their fans think that they belong. 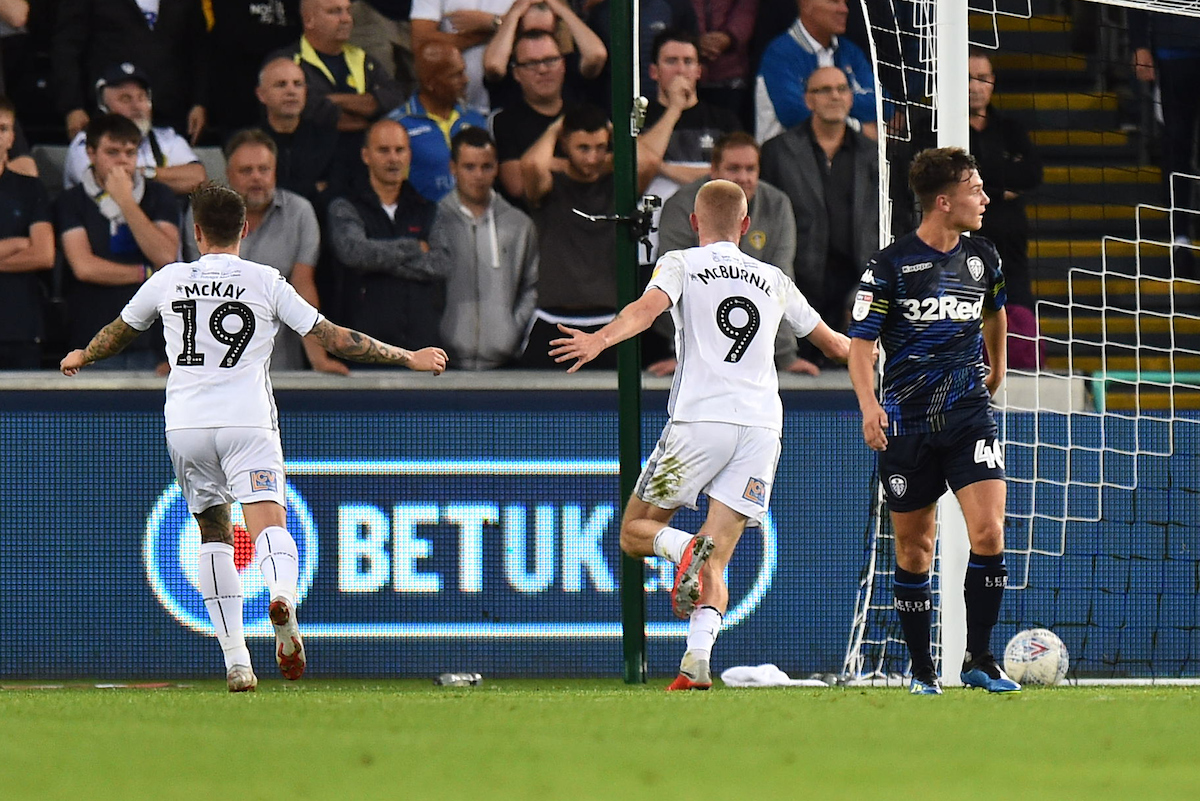