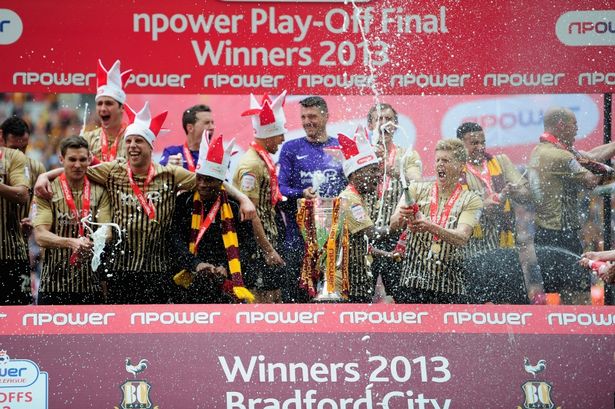 Taylor featured for Bradford  yesterday in a 2-0 friendly victory over Brighouse Town, in which Bowyer fielded an entire team of trailists, with former Dunfirmline Athletic man Myles Hippolyte getting both goals from the penalty spot.

Gary Bowyer is no stranger to the ability and experience that Chris Taylor could bring to The Bantams’ squad, with Bowyer signing the full back to Blackpool from Oldham whist in charge on the seaside, and previously managing him during their spells at Blackburn Rovers.

According to Bowyer, the 32 year old has been training with the first team squad alongside 6 other trialists and said to the Telegraph and Argus, “I’ve worked with Tayls twice now. He brings that experience and know-how in there.”

Taylor, alongside playing at Millwall and Bolton, most notably made his name as a long time servant at Greater Manchester and boyhood club  Oldham Athletic, turning out for The Latics 270 times across two spells between 2005-2012 and a loan spell in 2017, scoring 35 times across his first 7 year tenure. At his peak, Oldham valuated Taylor at around £500,000, rejecting bids from then Championship Blackpool as well as Leeds United.

A player of Taylor’s experience, as well as his strong relationship with Gary Bowyer, means that the midfielder could be perfect fit for the Bradford dressing room, as they prepare for the new League Two season following their relegation last year, competing in the basement division for the first time since 2013; a season in which they gained promotion via the playoffs under Phil Parkinson, as well as reaching the Capital One Cup final in a historic cup run that same year.