There are long and sort term signings at football clubs, none more so than Football League clubs. Leeds United are probably focusing on as short-term as they come this summer with Premier League loans key to the plans. There isn’t much money, Andrea Radrizzani has already told us that but the plans are good enough for Bielsa, so they’re good enough for the fans currently.

The other options are signing from lower league clubs, names such as Jamal Lowe have been mentioned already, the winger having a good season at League One Portsmouth. The other option is of course, free agents. One player that has been released by their club today is Australia captain Mile Jedinak. The veteran midfielder won’t be part of the Premier League season with Aston Villa and will be looking for a new club, whether that’s here in England or heading abroad, a return to Australia at his age wouldn’t be a surprise, but Leeds United could do worse than have a look at the experienced free agent.

We can this afternoon confirm the release of eight players. Thank you all, for everything. Best of luck. 💜https://t.co/2cHnkCyrdl#AVFC pic.twitter.com/9We4EHO50x

There are to be plenty of names without a club that fans may like the look of, I’ll probably write a few more articles regarding my thoughts on options at the club, but this one has specifically caught my eye, and there are plenty of reasosn for this. Jedinak is a leader, he’s captained most of the clubs he’s played for and of course his country to a World Cup. Do Leeds United lack leaders on the park? Yes. Liam Cooper has stepped up and had a great season but in a couple of huge games the occasion got the better of him, Sheffield United and Derby County took advantage. Jedinak has seen a lot more than Cooper in football, that sort of head could be crucial next season if we are to get over that line we all crave. 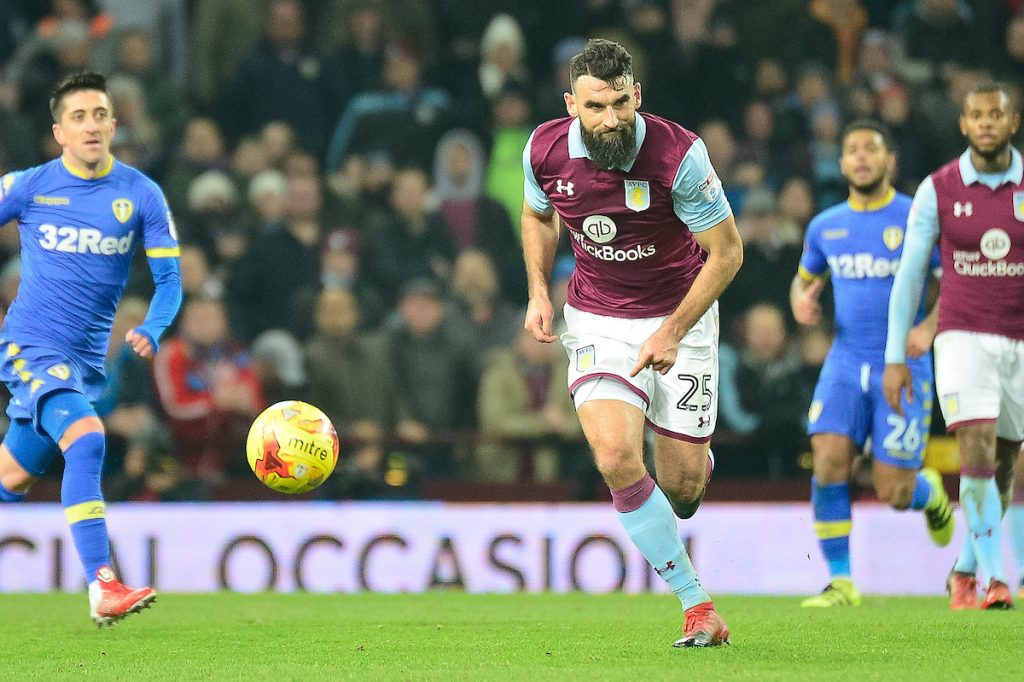 There are some obvious reasons as well, first and foremost Jedinak is a good footballer and can play as well as work hard. He has a clever footballing brain, allowing him to operate in various areas of the park and that is a key area in which Marcelo Bielsa seems to crave in a player. Jedinak can play centre-back or in a deeper midfield role. Leeds certainly lack numbers in those areas, Adam Forshaw’s Leeds United career hasn’t taken off yet and Kalvin Phillips has been switching between the positions, but he needs back-up. Jedinak is physical and may not have “the legs” he used to but he’s got and engine, and used correctly would be the perfect player in games that seem to be getting away from our midfield.

Aston Villa powered through towards the end of the season and although Jedinak often found himself coming from the bench and making sure things stayed tight, he was considered a very important player on and off the pitch as the promotion push gained serious traction.

Comment: 2 players Blackburn Rovers should look to sell this summer

By Will Gregory
Posting....
✕