Sheffield United and Bristol City are the two favorites to win the league.

Money goes far in the lower leagues which most people know and these two clubs have it in abundance. 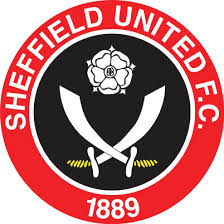 Instead of us talking about these two clubs, we will leave it to the fans.

JV: Talk about last season then Josh. Thoughts on the season as a whole?

JC: Last season was a bit of a roller-coaster to be honest. We had a dreadful start but really picked it up under the new manager, Clough. We have come so far with Clough since he took over at the latter end of 2013 and he worked wonders with the team for the remainder of last season. For example, he stopped us leaking goals. Under David Weir, it was like somebody turned on the defensive tap and opposition goals just came flooding through. Team morale was low and the team desperately needed a confidence boost. Clough came in and just seemed to steady the ship. We were barely conceding any goals and our defence seemed like they were a close knit bunch of players instead of the ‘strangers’ act that the fans had seen from the start of the season. We weren’t just solid at the back, we suddenly seemed to have the ability to score goals; something we didn’t seem to be able to do up until the managerial change. The players were playing with a spring in their step, and they looked interested for once. As a fan, all you want is for your players to look interested and to put themselves on the line for the cause. Up until Clough’s appointment, we didn’t seem to have any fight about us. All of a sudden the season turned on its head. We were slowly becoming a better team. A team that we had been only a couple of seasons ago when we were in the big time. Results started to pick up, and although we were still in the bottom four, confidence seemed to be growing. Of course there was still the odd game where the whole team had an off day. The worst of these was probably the 3-0 defeat away to Crewe, in the pouring rain. But we seemed to be taking big steps rather than going backwards!

Then came the FA Cup run. A 3-2 away win at Colchester kicked that campaign off. A 2-0 2nd Round victory away at Cambridge United followed. But then we hit the big teams. An away trip to Aston Villa was our 3rd Round reward. But the revitalised Blades jumped the Villa hurdle, winning 2-1 in Birmingham. Fulham at home was our 4th Round draw. The game finished 1-1 after a late Fulham equaliser. However, Craven Cottage was a different story. The delight that came over fans everywhere when Shaun Miller nodded home extremely late on was unbelievable. Nottingham Forest at home in the 5th Round was unreal. We came from behind to win 3-1! A game I will never forget. But then the Charlton Quarter Final was pretty special. A packed Bramall Lane and a 2-0 home win to send us Blades to Wembley. Hull City ended our amazing run when they beat us 5-3 at Wembley, but I couldn’t care less. Those players had done every United fan everywhere proud. No matter of the result. Even though we narrowly missed out on a play-off place, we did extremely well to end up where we did after such a rollercoaster season. Onwards and upwards I say…

JV: So then, if you are to sustain a title push, what are your thoughts on your clubs transfers this summer? Has Clough done his business well?

JC: As a fan, I’m happy with Nigel Clough’s signings so far this summer. I believe that they will all impact positively on the club in different ways. The signing of Chris Basham has particularly struck a chord with me. After seeing him play a couple of pre-season games, it’s clear to me why Clough has brought him in. He’s a very classy player in my opinion. Always looking to pick a classy pass. He always looks for the space either to pass into, or run into to receive the ball. Just generally seems like a really nice player. I think he could have a vital role this season. I also think the addition of striker Marc McNulty is a positive one. I believe he can bring flair, pace and also goals; a crucial League One ingredient.

JV: Every club has a star player, who caught the eye for you last season then?

JC: I personally believe our star man is Jamie Murphy. After not seeing our new signings to their full potential, I believe that Murphy is our star player. In my opinion, he always has a lot of drive about him. He’s always looking to get forward and create a goal-scoring opportunity. He has a nice bit of pace about him, but he also has class. He can pick a quality pass or cross whenever, it just sometimes needs someone to get on the end of it. Overall I think he’s our star man.

JV: Your manager then Clough, happy with him for this season?

JC: I, along with other Blades fans, have a lot of faith in Nigel Clough’s philosophy and tactics. I believe he’s implemented a good, fast-flowing, attacking system that scores us goals and wins us games. However, he hasn’t skimped on defending. After bringing in centre-halves Andy Butler and Harrison McGahey, as well as full-back Craig Alcock, it’s clear that defending is very much on Clough’s mind. I believe that Clough is the right man for the job and could be in the role a very long time. A period of time that has the potential to be very successful.

So with optimistic fans behind the club, a brilliant squad, a great set of signing’s and plenty of money.. Sheffield United look the real deal.

You can back them for a great price outright to win the league for a generous 5/1 at William Hill. 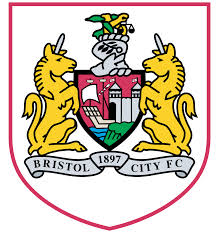 JV: Last season was an unexpected one for Bristol fans, your thoughts on it?

JA: Last season was a season to forget, we didn’t start off to well and we were one of the favourites to go up, and at Christmas time we found ourselves bottom of the table and things were looking bad. Then we appointed Steve Cotterill who turned us around and got us up to 12th with great performances and good form.

JV: You’ve brought people in, People have left. Sum up your transfers then?

JA: This pre-season has had many new faces brought in and a couple going out. Coming in has been Aaron Wilbraham, Mark Little, Wade Elliott (previously on loan), Korey Smith, Luke Freeman and Luke Ayling and going out has been Liam Kelly and Brendan Moloney.

JV: You have many top class players. If you were to pick out one as your stand out player, who would it be?

JA: The Star Man: We have many players with the same ability but the stand-out player is Sam Baldock, he was last seasons top scorer and many clubs are after the quick striker.

JV: Your manager Steve Cotterill, appointed mid-season. Thoughts on him for what will be his first full season since joining back up with you?

JA: The Gaffer: Steve Cotterill, he’s a great manager with excellent ambitions and is very hard-working, he has good form with us and has brought in some quality signings. He will always be remembered by City fans for saving them from going down to League 2!

The Odds: (Via WilliamHill)