With the new season edging ever closer, it is becoming clearer which teams are looking the strongest going in to the new campaign. Bristol City, Sheffield United, and Preston are the bookies favourites to make their way to the Championship. However, we all love the football league because there is always at least one team that shocks everyone and who doesn’t love the story of the underdog? Here are four teams I think could be just that this year in League 1…..

Having achieved promotion from League 2 last season, Scunthorpe United have a squad that boasts a strong attacking line up. Despite losing top scorer Sam Winnall to rivals Barnsley, striker Paddy Madden has been prolific in pre – season. With four goals in his last four games, including the winner against Huddersfield Town last week, the former Yeovil Town striker will be crucial for the Iron this season. The last time he was in League 1 he was the golden boot winner, scoring 24 goals for Yeovil, as they won promotion via the play – offs. This experience and the fact that he has gained two promotions in two seasons will do wonders for his confidence and no doubt he will want to make his mark in League 1 once again. The summer has been successful for the Iron with some positive signings including defender Miguel Llera from Sheffield Wednesday. With over 180 professional appearances  to his name, he will join the battle to start at centre back along with new loan signing Miles Addison from Bournemouth. They have also secured the services of Sheffield United striker Lyle Taylor who will be looking to impress following an indifferent spell with the Blades. The 6 ft 2 forward is no stranger to Russ Wilcox having worked with him at Bournemouth and he will be looking to reward the managers faith in him. With an £18 million deal for a new stadium having been approved, the club is in a very good position and will be wanted to capitalise on this momentum and what better way than back to back promotions?

Since Lee Johnson took over at Oldham Athletic in 2013, he has brought a sense of cohesion to the club by securing their League 1 status with a limited budget and relative ease. During the summer the club has secured a partnership with Sports Direct resulting in the company becoming their main kit supplier. As well as this, their stadium will be renamed SportsDirect.com Park. Fans will always know their stadium as Boundary Park but this partnership could be just the stability that allows the team to push on this season. Johnson has enjoyed a busy summer securing many attacking options for the new campaign. These include experienced forward Jonathan Forte, midfielder Mike Jones from Crawley Town and strikers Amari Morgan Smith and Willie Gros. The Latics have enjoyed a relatively positive pre season including a 2 – 1 win over Premier League Newcastle and will expect to start the season strongly having finished last season 10 games unbeaten.  A small squad with a young and hungry manager at the helm could be the recipe for a surprise promotion push in Manchester. 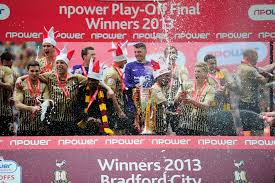 Bradford City manager Phil Parkinson has admitted that he is not yet completely satisfied with his squad going in to the new season. He recently told their official website that “we’re not happy with where the numbers are at the moment. I know we need more players to add to the squad.” Despite being a little thin on the ground the Bantams have secured a season long loan for Sunderland keeper Jordan Pickford, as well as signing midfielder Gary Liddle and striker Billy Clarke who have both impressed in pre – season.  Following a successful loan spell last season midfielder Matty Dolan has signed a one year contract and Stephen Darby has extended his stay at the Yorkshire club. After an impressive season Darby has now been handed the captaincy and will want to impress in the division following the teams 11th place finish in the last campaign. With a good season in League 1 under their belts, Bradford will see this year as an opportunity to push on with their new look squad. They may have experienced a large turnover of players but with an impressive stadium and crowds to match, the new players at Valley Parade will be relishing their opportunity at a big club at this level. 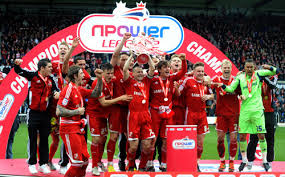 Following a respectable 8th place finish last campaign and seemingly moving on from financial issues they have experienced lately, Swindon Town could well be a club to watch this season. They have experienced an mixed pre – season losing to Conference side Eastleigh and Premier League Southampton most recently. However, there was a much improved performance against the Saints and the Robins have strengthened their squad over the summer. 19 year old Josh Lelan has joined Town on loan from Derby County and they look set to secure Southampton pair Jordan Turnbull and Jack Stephens. Stephens enjoyed a loan spell at the club last season and it would be a great addition if they could secure his services once again. In terms of goals, Swindon have signed Brendan Rodgers son Anton, who will be looked upon to be creative in midfield as well as clinical himself. Striker Andy Williams will be back to full fitness following a torrid 2013/2014 campaign. Williams was loaned to former club Yeovil Town in order to assist the wage cuts at the County Ground. After making just 9 appearances for the Glovers, he then suffered a serious injury to his cruciate ligament which ruled him out for the remainder of the season. He will be looking to recapture his form and add to the 11 goals for the Wiltshire club. The club itself look to be moving forward and the hope will be that Mark Cooper can continue to stabilise the club and the results on the pitch. A surge for the play – offs would be an extremely successful season for the Robins and they should not be underestimated.