13 players, 8 days and no goalkeeper. Are Blackpool really doomed?

Three or four years ago Karl Oyston’s tight fists were simply the butt of an Ian Holloway gag; however at present they are the cause of boardroom bust-ups and supporter concern. It would be unfair to say that seeing as they are still receiving parachute payments from the Premier League. Really Blackpool are in quite a healthy financial position; it is because of this that fans are growing increasingly frustrated at the lack of spending and also lack of clarity regarding Oyston and, manager, Jose Riga’s, who was only appointed this summer, immediate future.

With just 13 players on the books, five of whom were brought in over the last 72 hours, and no goalkeeper you could be forgiven for thinking that Blackpool have 365 days of preparation for League One football, conversely when you consider that the recent five signings are all quality championship players you could say that the future is starting to look brighter for the Tangerines. 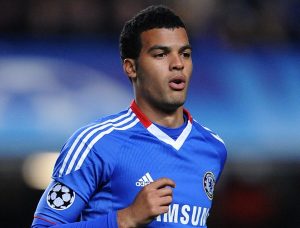 Once considered to be a half decent prospect at Chelsea until an incident with a smoke grenade at the club’s training ground saw him sacked. Since leaving the Blues he joined Barnsley and quickly became one of the Tyke’s most influential performers and is widely considered to be among the best midfielders in the Sky Bet Championship.

Mellis is joined at Bloomfield Road by Barnsley team mate Tomasz Cywka. The former Wigan and Derby prodigy is something of a mystery in terms of ability, throughout his first team career he has often shown brief glimpses of the mercurial talent that he no doubt possesses only to quickly lose form and become a passenger in the starting eleven. He is certainly a Championship quality player and at 26 he should be approaching his prime which, given the lack of competition in the starting eleven, could lead to the mysterious midfielder finally hitting his full potential.

The third signing is former Huddersfield man Peter Clarke; Clarke played for Blackpool before jumping ship to Southend in 2006, after a five year stay with Huddersfield he has returned to Blackpool on a one year deal with the option of a second. The move shows that the club are committed to building an experienced back line to aid Jose Riga in what is a turbulent start to his reign.

It wasn’t too long ago that some Aston Villa fans saw Nathan Delfounso as being a huge future prospect, however after a series of games on the bench and average loan spells his development was stunted and he soon found himself struggling for a goal at Coventry in League One. The 12/13 season was fairly successful for Delfounso; he was on loan at Blackpool and scored 9 goals in the league. He was sent back to Blackpool at the start of last season but failed to have the same impact and was soon training with “The Bomb Squad” back at Bodymoor Heath. “The Fonz” has returned to Bloomfield Road for a third time and this time permanently following his Villa Park exit in the summer. A settled spot in the staring XI may just be enough to show Blackpool fans why he was given the number 14 shirt at Villa

A holding Midfielder who went to the World Cup in Brazil with the surprise package of the competition Costa Rica. He has scored 16 league goals and two international goals in his career and at 27 he could provide a strong shield for the back line while also giving the more mobile Mellis the chance to roam in the centre of the park. His international experience could give Blackpool a much needed boost in controlling games and given his primarily holding style he could be a crucial defensive player this season.

Blackpool do boast a fairly strong starting XI with the capability to be versatile and fit many formations. So it is fair to say that with the acquisition of a GK they should finish with relegations worries far behind them.