Tammy Abraham of Aston Villa (18) after the game during the EFL Sky Bet Championship match between Aston Villa and Rotherham United at Villa Park, Birmingham, England on 18 September 2018.
Aston Villa

By James Ray on Dec 19, 2018 0 Comments
Tammy Abraham of Aston Villa (18) after the game during the EFL Sky Bet Championship match between Aston Villa and Rotherham United at Villa Park, Birmingham, England on 18 September 2018.

It has been reported over the past month that Aston Villa striker Tammy Abraham could end his loan spell at Villa Park in January seal a move to the Premier League. Crystal Palace and Newcastle United are both considering moves for the striker according to The Northern Echo.

Abraham’s parent club Chelsea have an option to recall the striker from his loan spell at Villa Park, and with both Crystal Palace and Newcastle United keen to bring him in on a permanent basis, Chelsea could look to cash in.

Newcastle are keen to bring in reinforcements in the attacking department, with Yoshinori Muto heading out on international duty with Japan for the Asian Cup. Rafa Benitez has been keen on Abraham since he arrived on Tyneside, first targeting him in the summer after relegation to the Championship.

However, with Mike Ashley still the owner at St James’ Park, The Magpies may not be able to get the funds to bring in the promising striker.

Crystal Palace, however, are reportedly willing to pay over £10 million for the striker with goalscoring worries hampering Roy Hodgson in the first half of the season.

Abraham has been in impressive form since his arrival at Aston Villa, scoring 12 goals in 16 Championship games – including a memorable four-goal haul in a scintillating 5-5 draw against fellow promotion hopefuls Nottingham Forest. Villa will be hoping they can hold on to their key man as they look to mount a promotion push this season. 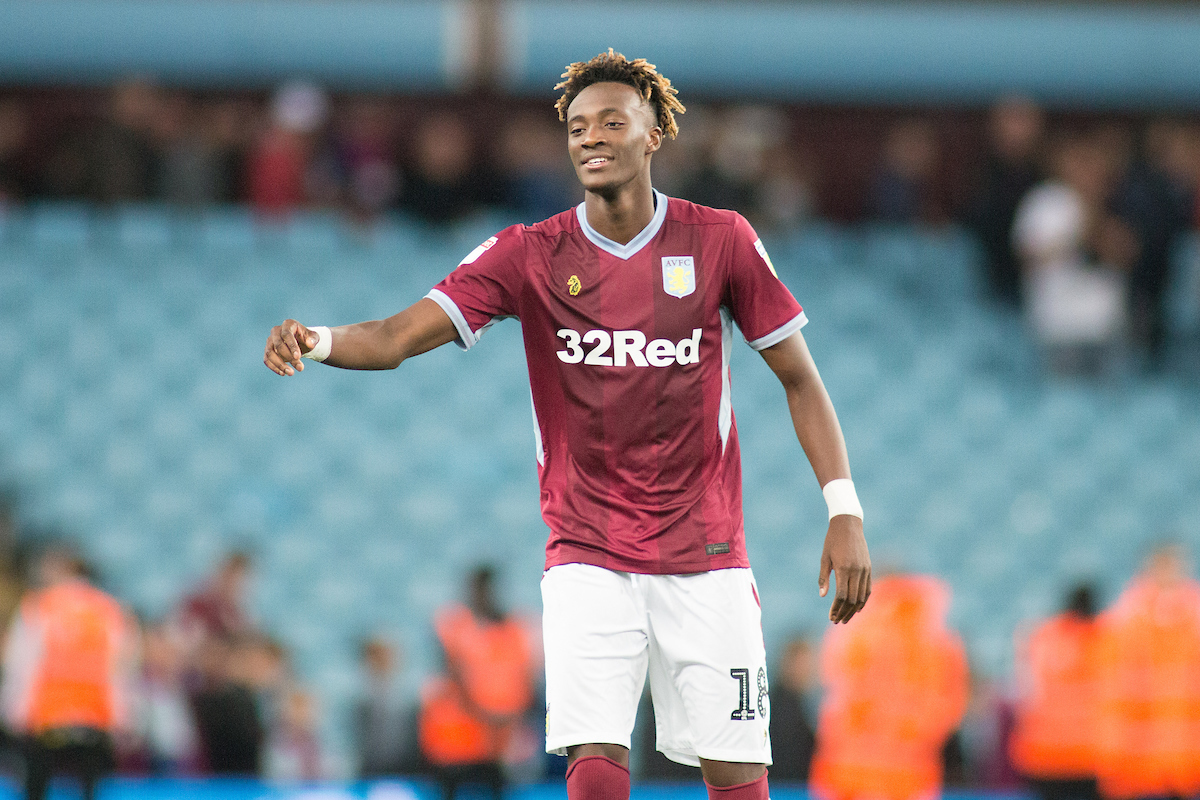