“That’s the best 1st half I’ve seen from Latics in years and years!” – Oldham Athletic fans react to 4-2 win against Bury

Latics started strong int the derby, with a ball low into the middle from Nepomuceno deflected into the path of Joe Murphy in the Bury goal.

Danny Mayor showed his dribbling ability after only 6 minutes, when he took the ball across the face of goal, but was unable to hit the target.

Latics took the lead after only eight minutes, when Callum Lang played it down the line for Bournemouth loanee Sam Surridge who crossed it into the path of experienced striker Chris O’Grady who kept composed and produced a left-footed volley past Joe Murphy (1-0).

Minutes later, Latics doubled their advantage as Gevaro Nepomuceno hit a cross up the back post and Sam Surridge headed back across goal and into the back of the net (2-0).

Jay O’Shea struck a free-kick well but Latics goalkeeper Daniel Iversen was on hand to stop the midfielder’s effort hitting the back of the net.

Impressively, Latics created yet another opportunity as Gevaro Nepomuceno laid it off to Mohamed Maouche from a freekick near the corner flag and the midfielder saw his shot blocked just in front of the goal line.

Latics scored again in the 31st minute, when Gevaro Nepomuceno played a ball in behind the Bury defence which released Chris O’Grady in on goal and he made no mistake in beating Joe Murphy to grab his second of the afternoon (3-0).

Substitute Caolan Lavery pulled a goal back for Bury after being picked out by Nicky Adams (3-1).

The visitors had another just ten minutes later as Nicky Adams picked out Caolan Lavery again and he headed home (3-2).

But, Latics and Chris O’Grady wasn’t finished there as Chris O’Grady beat goalkeeper Joe Murphy in the air and the ball rolled over the line for his hat-trick and bring the three points to Latics (4-2).

Dom Telford went close for Bury with a set-piece on the edge of the area after Adam Thompson was bundled over.

Youngster Tom Hamer made a fantastic block in the six-yard box from Dom Telford.

Just seen the goals back…only just noticed it was the perfect hat trick…left foot, right foot and a header.

Been a critic of O’Grady. The last few weeks and today he’s been tremendous

Brilliant performance first half. Picked up where we finished at Crewe. Great passing and pressure 3 good finishes.We knew bury would attack with everything but we survived it and nicked another. #oafc 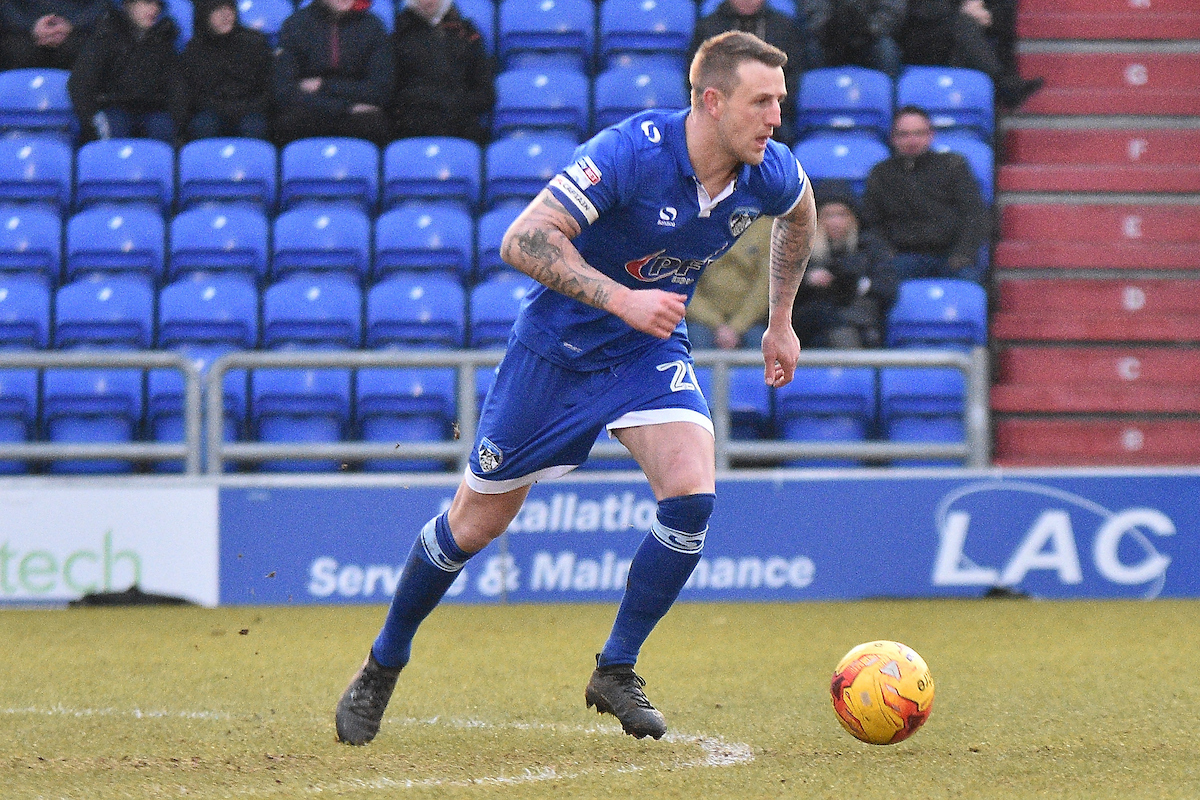