“Can’t get my head round it!” – Middlesbrough fans react to impending Bamford departure

Middlesbrough striker Patrick Bamford looks set to seal a move away from the cub in favour of playing his football at Leeds United next season.

The former Chelsea striker joined the club in 2017 and has gone on to make 47 appearances for the Teessiders.

He signed a four and a half year deal with the club during the January transfer window of 2017 after Middlesbrough payed £5.5m for his services.

He never made a Premier League appearance during his time at Stamford Bridge, spending the majority of his Chelsea career out on loan.

However, he had seemed to find a home at the Riverside but his time under Tony Pulis appears to be over.

Leeds struggled for goals last season and new Whites boss Marcelo Bielsa has identified Bamford as somebody who can fire the club up the table next season.

Bamford netted on 13 occasions for Middlesbrough last season, a return which would have seen him come second in the Leeds goalscoring charts.

Midfielder Kemar Roofe scored 14 goals for Leeds last season, but the addition of Bamford will help ease the goalscoring burden on the former Oxford attacker.

IN OTHER NEWS:  Leeds United fans respond on Twitter to Kalvin Phillips apology

It is understood that the Yorkshire club will fork out a fee that could rise up to £10m for their target, seeing Boro make a healthy profit on the striker.

The 24 year old has established himself as a fan favourite during his time with the club and will hope to have the same sort of relationship with the fans at Elland Road.

The deal looks set to be completed tomorrow and Middlesbrough fans aren’t happy that one of last season’s top scorers will be departing:

I hope Pulis and Boro have something up their sleeve cause I still can’t get my head around selling Bamford, a gifted and creative player who we know can perform in this league, to a rival club. #boro

Don't get why Boro would let Bamford go. Quality at this level.

The perfect replacement for Bamford is Vydra.. it’s literally sat there on a plate. £10m and he’ll be in a Boro shirt before Saturday. Yet Pulis will be on the phone to WBA asking about James Morrison.

@Boro surely we get rid of gestede, fletcher, Johnson, braithwaite long before Bamford! This is madness. We have not addressed the problems with last seasons squad in this window. Not to say Flint & McNair aren’t decent signings. But doesn’t solve much. Put @nmaddo in charge!#UTB

Can’t believe we’ve sold one of our most creative strikers to a rival, as a boro fan I’m not looking forward to this season at all. All the best @Patrick_Bamford #boro

Has anyone actually stopped to think that we need to sell to bring our targets in and that no one in their right minds would pay £7 million for Gestede, hence Bamford being sold…… #Boro

Think I must be the only Boro fan that isn’t bothered if Bamford goes. Was good when he was on loan but hasn’t been the same player since.

A kind reminder that the Bamford deal means we bought Ashley Fletcher for more money than we are going to sell a better player for. If you then add the fact Leeds are probably going to be being a direct rival next reason to that, the deal begins to look worse and worse. #Boro

I really really hope we're not even considering selling Bamford. That'd be a ludicrous decision. This transfer window could be a disaster #boro 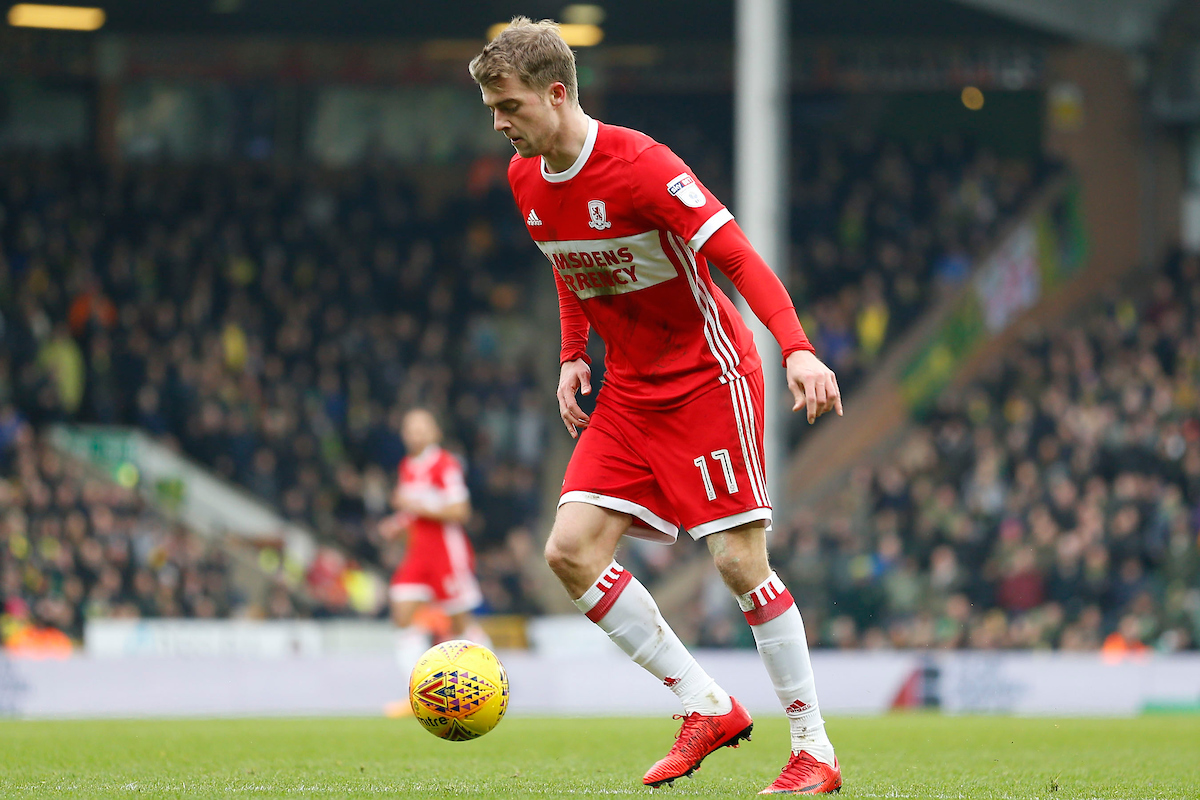