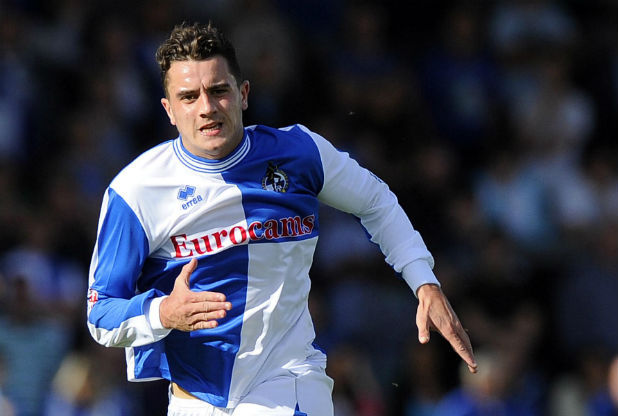 Plymouth Argyle have made Oliver Norburn their eighth summer signing after tying up the ex-Bristol Rovers midfielder on a one year deal.

With Conor Hourihane leaving for Barnsley earlier in the summer Argyle were keen to find a replacement in the middle of the field, and Norburn is the man handed with that task. After starting his career at Leicester, Ollie moved to Bristol Rovers in 2012 where he had a strong first season. 2013/14 was a different story as Norburn only made 16 league appearances and failed to score, eventually leaving the Gas in early April by mutual consent.

Norburn had been on trial with the Pilgrims from the start of pre-season, featuring in both matches against Tavistock and Weymouth. On first impressions he seemed a composed figure in the centre of the pitch; eager to have the ball at his feet and could spray the ball around the pitch with ease. John Sheridan has obviously seen enough in those two performances to offer the 21 year old a contract until the end of the season.

Argyle travel to near neighbours Torquay tonight for their third pre-season friendly, where Sheridan has previously stated a strong team will be fielded. This could see Norburn paired with fellow new signing Lee Cox in midfield, as well a number of new signings in a completely reassembled side. The summer of change may still not be finished as Sheridan has gone on record saying two or three loan signings could also be made.  The Pilgirms’ squad certainly looks a lot stronger than last year on paper, and they will be hoping the new faces help to push them towards promotion this year.